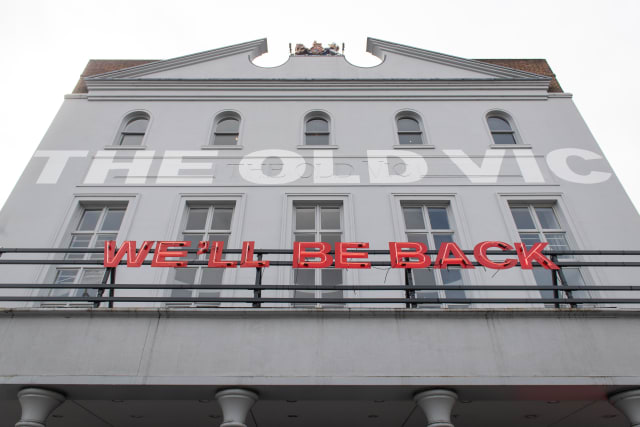 The Old Vic is offering the UK’s care homes free tickets to its online festive show – a performance of A Christmas Carol starring Andrew Lincoln as Ebenezer Scrooge.

For the first time, the London theatre’s digital In Camera series will present a full-scale show with live musicians, theatrical lighting, set, costumes and a cast of 18.

A total of 80 freelance creatives, actors and musicians will be employed to create the show, which is directed by Matthew Warchus and written by Jack Thorne.

The news comes after the Government announced a new English lockdown from Thursday, in which entertainment venues must close to the public for a month.

A Christmas Carol will play live from December 12 to 24, with 16 performances and 80,000 tickets available.

“With those galvanising words ringing in our ears, I am delighted to announce that Andrew Lincoln has joined us in what must surely be one of the most ambitious and complex pieces of live-streamed theatre attempted in the pandemic so far.

“The Old Vic’s A Christmas Carol has moved and entertained over a quarter of a million people in London and New York over the last three Christmases and we made a pledge last spring that we would still present it, in some form or other, even in this most challenging of years.

“In doing a project of this size we don’t expect to be able to make any profit for the theatre but rather we will be continuing our mission of staying connected to audiences of all ages, providing much needed work and income for dozens of freelancers, and generally celebrating the important role live theatre has always played in bringing us together to share amazing stories.

The Old Vic has joined with FoodCycle as its 2020 charity partner.

Thorne and his wife Rachel have pledged to match all A Christmas Carol FoodCycle donations received from the public up to £250,000.

Additionally, all state schools in Lambeth and Southwark will get a free link for all performances up until December 18.

On December 17, Dermot O’Leary will host the second episode in the Old Vic: In Conversation series, with Lincoln discussing his role.