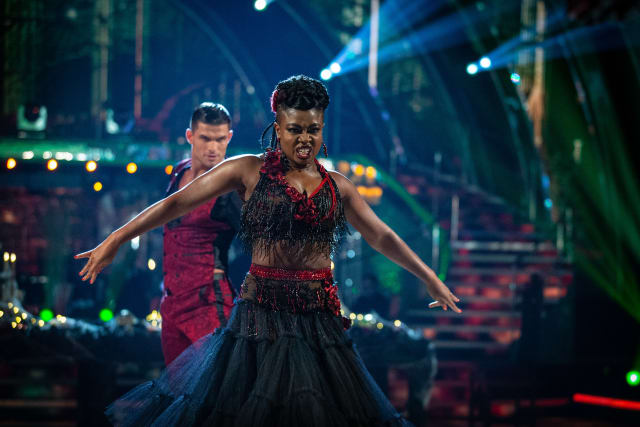 An average of 10.6 million tuned in to watch stars including EastEnders actress Maisie Smith, YouTuber HRVY and boxer Nicola Adams wow the judges during the first elimination week, the BBC said.

This was compared with last Saturday’s episode which attracted an average of 9.3 million viewers, meaning the flagship BBC show saw an increase of 1.3 million.

This week’s episode also had a peak audience of 10.7 million and a 47.3% audience share, both up on last week.

The dancing series followed a press conference shown on BBC One during which Prime Minister Boris Johnson announced a new month-long lockdown for England.

As the start of Strictly approached at 7.10pm, Mr Johnson’s Downing Street address moved to the BBC News channel to make way.

Maisie Smith and HRVY jointly led the way with a total of 49 points each, combined from this week and last week.

Boxer Nicola Adams was in second with 45 while Ranvir Singh and Caroline Quentin were joint third with 42 apiece.

The first contestant will be eliminated from the competition during Sunday night’s episode, which airs on BBC One from 7.15pm.