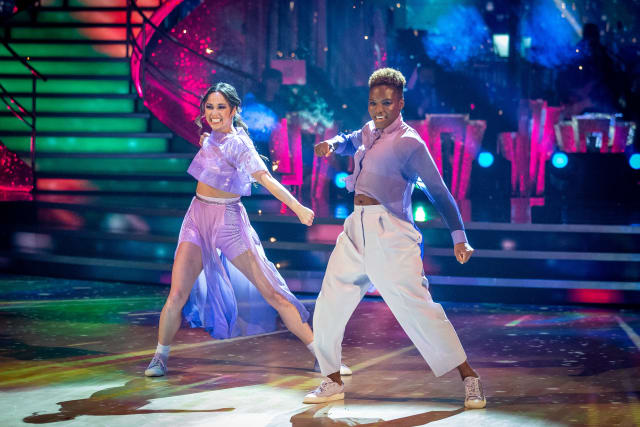 Viewers praised Nicola Adams after she delivered a “powerful and sensitive” routine during the first elimination week of Strictly Come Dancing.

The Olympic boxer, who is part of the first same-sex pairing on the show, chose to dance the street/commercial style to Shine by Years & Years.

Pop trio Years & Years is led by Olly Alexander, who is gay and a vocal LGBT advocate, and Adams won plaudits for her choice.

The 38-year-old and her professional partner Katya Jones scored three eights, earning them a total of 24 and placing them towards the top of the scoreboard.

Viewers were quick to celebrate their routine on social media.

One fan praised Adams’s positivity, saying: “Nicola Adams makes me SMILE every time I see her on the TV. She oozes positivity.”

“Nicola Adams is too cute man,” another simply added.

Others praised the couple as “powerful and sensitive”.

Some viewers thought the sportswoman was deserving of the Glitterball trophy.

One said: “God, I love Nicola Adams. She’s so proud of herself and so self-respecting and so GENUINE. Wouldn’t it be amazing if she won this series of #Strictly?”

Another added: “What a superstar Nicola Adams is.”

One celebrity will be eliminated from the BBC One series on Sunday night.