Gary Lineker: BBC boss ‘perfectly happy’ with how I go about my social media 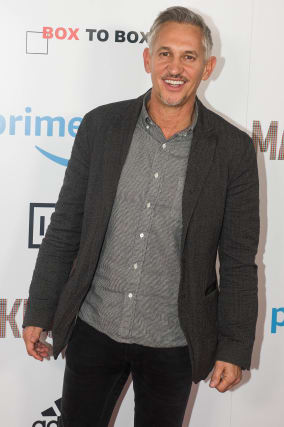 Gary Lineker says he has spoken to the BBC’s director-general Tim Davie “quite a few times in recent weeks” and that he is “perfectly happy” with his conduct on social media.

New guidelines were set out on Thursday, alongside training, aiming to “ensure the highest possible standards of impartiality” among staff at the broadcaster.

Match Of The Day presenter Lineker has become known for being forthright with his views on Twitter, posting about topics including Brexit, racism and coronavirus.

The 59-year-old told Times Radio the BBC trusted him to post appropriately.

Speaking to Weekend Breakfast, he said: “I’ve spoken to Tim Davie quite a few times in recent weeks, not necessarily about that but all sorts of things.

“I think he’s perfectly happy with the way I go about my social media. I think the BBC trusts me to do the right things. And I carry on in exactly the same manner.

“I think that they are just guidelines, obviously. And I think we all know, at the BBC, we have a responsibility. So I think we’ll continue to try and be wise in our social media.”

Lineker, who is father to four sons, recently welcomed a refugee into his Surrey home through the charity Refugees At Home.

He said of the experience: “Very, very positive. I had my house guest a few weeks ago, he stayed for about three weeks. I kind of offered him an emergency service through Refugees At Home. And it was a lovely thing to be able to do.

“I think he had an amazingly positive effect on not just myself and my children, it gave us a perspective of what life can be like for others and what perhaps they have to go through because we’ve obviously been pretty privileged in ours.

“And overall, it was a really good experience and something I’d definitely do again.”