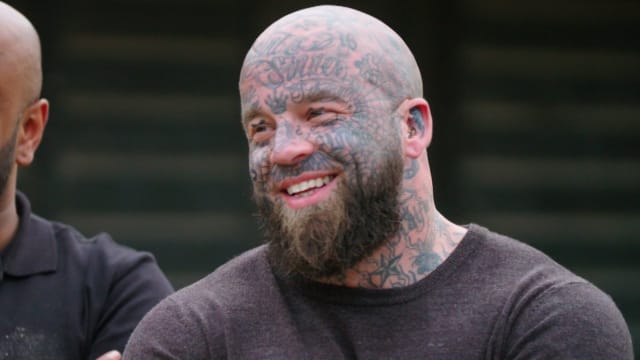 Sky History has announced it will not broadcast any more episodes of The Chop: Britain’s Next Top Woodworker following the Nazi tattoo controversy.

The channel has previously denied that the tattoos on one of the woodworking show’s contestants have any “political or ideological meaning”.

Twitter users accused participant Darren of having a Nazi symbol on his face after the channel shared a promotional clip from the show online.

The contestant, who said his nickname is The Woodman, has the number 88 inked on his cheek, which is reportedly white supremacist numerical code for Heil Hitler.

A statement from the channel said: “Following an independent investigation, AETN UK has made the decision not to broadcast any further episodes of The Chop on Sky History.

“A contestant’s tattoos included symbols that could be connected to far-right ideologies and could cause offence. We sincerely apologise for that and we are sorry that our processes did not prompt further investigation at an earlier stage.

“The contestant continues to strenuously deny that he has, or ever had, far-right leanings. We are thoroughly reviewing our internal processes following the investigation.

“AETN UK and Sky History stand against racism and hate speech of all kinds.”

– The Chop: Britain’s Top Woodworker, which is a competition show for carpenters and woodworkers in the style of The Great British Bake Off, was hosted by Lee Mack and Rick Edwards.