James May: Happy coincidence my cooking show is released during lockdown 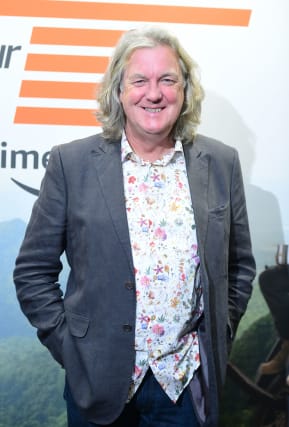 James May has described it as a “happy coincidence” that his new cooking show is being released during the coronavirus pandemic.

The Grand Tour host said the Amazon Prime Video series, made from the perspective of “someone who can’t really cook”, would be useful to people stuck at home during lockdown.

The programme, Oh Cook!, will also be accompanied by a cookery book featuring “60 easy recipes that any idiot can make”.

The 57-year-old told the PA news agency: “Indeed, that was a very happy coincidence – and almost looks as if we knew lockdown was going to happen, but obviously we didn’t.

“Lockdown started in March, didn’t it? I think we filmed this right at the end of Feb/beginning of March, just as we started to talk about viruses and so on.

“So, this was pure good luck, but it was very timely on our part because we produced it before lockdown prevented us doing it and also, quite coincidentally, we produced something that was very relevant to lockdown ie cooking.

“And it’s about to come out and it looks like we might go into a bit of another lockdown so, wahey. But I can’t pretend we planned it.”

The former Top Gear host also admitted losing his temper for the first time during filming.

May said he felt as if the publishers and his film crew expected him to be a competent cook.

Asked about the atmosphere, he said: “That is the case. The publishers and my own crew and the exec from the TV company I work with and so on, they are expecting me to be good at something I’ve not really done before, which is why I fall out with them a bit because they’re telling me how to do it and then they start telling me how to say it and how to present it and I want to go, ‘Look, f*** off, that’s the bit I can do’.

“I got quite cross with them – it was the only time on TV I’ve ever got cross with the crew – but they are bloody annoying especially because they can all cook.”

– James May: Oh Cook! launches on Amazon Prime Video on November 13. Oh Cook! 60 Easy Recipes That Any Idiot Can Make is out now.