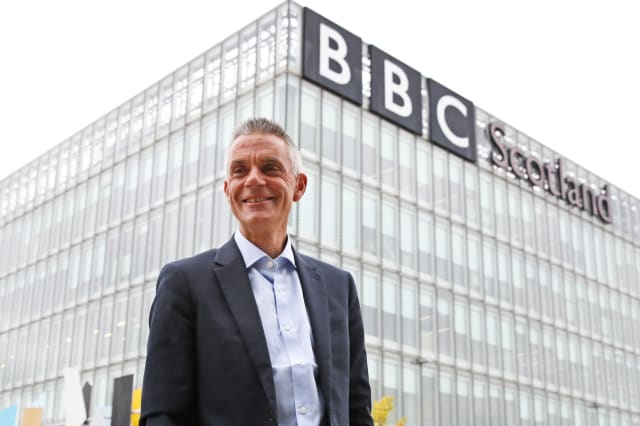 BBC director-general Tim Davie has told the corporation’s staff that new impartiality guidelines will not prohibit them from attending Pride parades.

The new rules were set out on Thursday as part of a set of instructions and guidance, alongside new training, aiming to “ensure the highest possible standards of impartiality across the organisation”, according to the broadcaster.

However on Friday, new boss Mr Davie told employees he wanted to ensure “there is no room for misinterpretation, following inaccurate commentary and some feedback from staff – which is the ability to participate in Pride parades”.

Some media reports suggested the new rules would stop BBC employees from attending the events, which celebrate the LGBT community.

“There is no ban on attending Pride parades,” he said, but added that staff “need to ensure that they are not seen to be taking a stand on politicised or contested issues” while at such events.

Mr Davie added: “The guidance that we published yesterday made it very clear that staff outside of news and current affairs and factual journalism may attend marches, demonstrations and protests as private individuals.

“There are different considerations for staff who work in news and current affairs and factual journalism (and senior leaders) but I want to be clear that there is no issue for these staff attending community events that are clearly celebratory or commemorative and do not compromise perceptions of their impartiality.”

The new rules tell staff working in news, current affairs and factual journalism production, such as Countryfile, The One Show and Woman’s Hour, plus senior leaders at the organisation, that they cannot reveal how they voted or express support for political parties.

It also bans the expression of views on any policy which is a matter of current political debate or on matters of public policy, political or industrial controversy, or any other “controversial subject”.

Journalists have also been told not to support campaigns such as through the use of hashtags on social media “no matter how apparently worthy the cause or how much their message appears to be accepted or uncontroversial”.

The guidance adds: “Use of emojis can – accidentally, or deliberately – undercut an otherwise impartial post.”

The National Union of Journalists (NUJ) has called for an urgent meeting with Mr Davie over the new rules.

Michelle Stanistreet, NUJ general secretary, said on Friday: “Following the publication of the guidelines yesterday, the NUJ sought an urgent meeting with the BBC to address our members’ concerns about the changes which could constrain individuals’ ability to meaningfully participate and engage in issues that matter to them – whether that’s in their trade union, their communities or in events such as Pride.

“The director-general’s confirmation this morning that attendance at Pride would not be a breach is obviously welcome – that the clarification proved necessary shows that further clarity is needed.

“It’s disappointing that there was no consultation with staff unions on these changes ahead of them being announced, and we’ll be raising all the concerns NUJ members and reps have shared with us when we meet the BBC.”