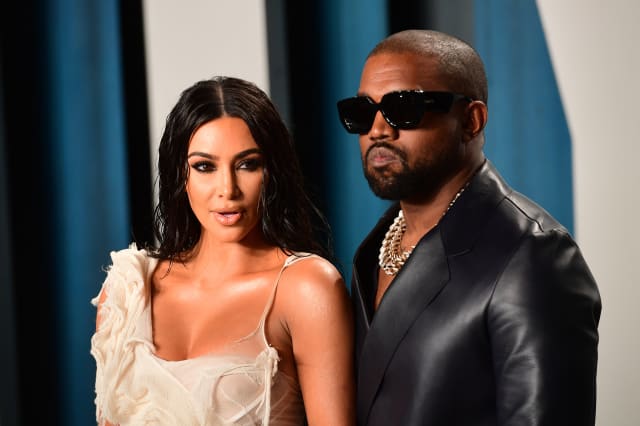 Kim Kardashian West has revealed husband Kanye gave her a hologram of her late father for her 40th birthday.

The reality TV star shared a video of the hologram’s message on social media, showing a digital likeness of well-known lawyer Robert Kardashian, who died in 2003, telling her: “I am so proud of the woman that you’ve become.”

The digital Kardashian – who represented OJ Simpson during his 1995 murder trial – praised his daughter for also pursuing a career in law.

Kim celebrated her birthday last week. She described her husband’s present as “the most thoughtful gift of a lifetime” and a “special surprise from heaven”.

The message said: “Happy birthday, Kimberley. Look at you, you’re 40 and all grown up. You look beautiful just like when you were a little girl.

“I watch over you and your sisters and brother and the kids everyday.”

It recalled Kardashian, who died aged 59 after being diagnosed with esophageal cancer, driving his daughter to school in his “little Mercedes”.

The message stated: “I am so proud of the woman that you’ve become Kimberly and all that you’ve accomplished. All of your hard work and all of the businesses you have built are incredible. But most impressive is your commitment to become a lawyer and carry on my legacy.

“It’s a long and a hard road but it’s worth it. And I am with you every step of the way.”

Kim is studying to become a lawyer and is a prominent campaigner for criminal justice reform. The Kardashians are of Armenian descent and the hologram praised Kim for supporting the country.

West added a comedic flourish for the hologram’s praise of the couple’s four children.

“Keep doing what you are doing, Kimberly, you are a beautiful soul. Know that I’m very proud of you and I’m always with you. I have built a firewall around our family. I love you, Kimberly.”

Kim said she and her family watched the message “over and over”.