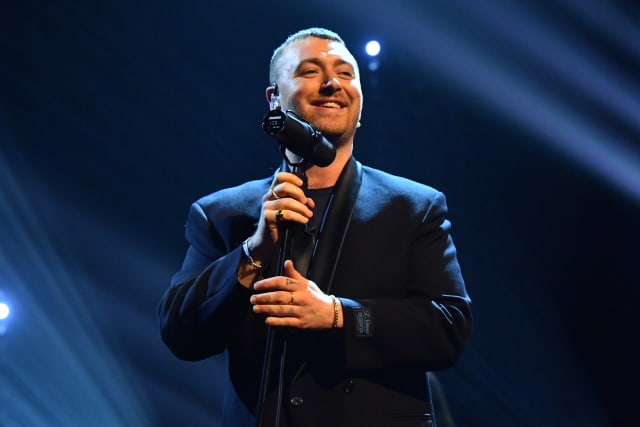 Young, which introduces Sam Smith’s third album, declares: “If you want to judge me / Then go and load the gun / I’ve done nothing wrong / I’m young.”

It’s a sort of mission statement from the 28-year-old Cambridgeshire singer.

Initially titled To Die For and due for release in June, Love Goes was delayed and retitled in response to the coronavirus pandemic.

This cautious approach is reflected in the music.

Love Goes sees Smith drawing on a tumultuous period in which they came out as non-binary (asking to be addressed by the pronouns they/them) and suffered true heartbreak for first time.

Smith has touted the record as their most challenging yet.

In a statement accompanying it, they ask fans to “listen with an open heart”, perhaps suggesting a left-turn.

Yet there is nothing so shocking on Love Goes.

Certainly, Smith pushes beyond the fairly narrow parameters of their previous two records.

Both 2014’s In The Lonely Hour and 2017’s The Thrill Of It All presented Smith as a backlit, neo-soul crooner, rather than a glossy pop superstar.

Their latest record places them firmly in the latter camp.

Smith’s heartbreak from the end of their relationship with 13 Reasons Why actor Brandon Flynn permeates the music.

Dance (‘Til You Love Someone Else) promises fire, with a bubbling synth line and satisfyingly deep kick drum.

It’s perhaps the only song that effectively combines Smith’s gloom with euphoria.

Elsewhere, Smith’s attempts to reconcile their newfound joie de vivre with the “poisoned chalice” of heartbreak sit awkwardly in song-form.

Lyrically, Smith doesn’t stray far from the familiar themes of love and heartbreak.

They do however address their reputation as pop’s saddest star, singing, “God, I don’t know why I get so serious sometimes / Suddenly there’s violins and movie scenes and crying rivers in the street”.

Among forgettable tracks like Kids Again and the cookie cutter Breaking Hearts, Smith still manages to land a few punches.

How Do You Sleep?, released all the way back in July 2019 and included as a bonus track, remains sophisticated and defiant, and Nigerian star Burna Boy offers a complementary voice on the shimmering My Oasis.

It’s only a shame Smith has been unable to replicate that quality across a whole album.