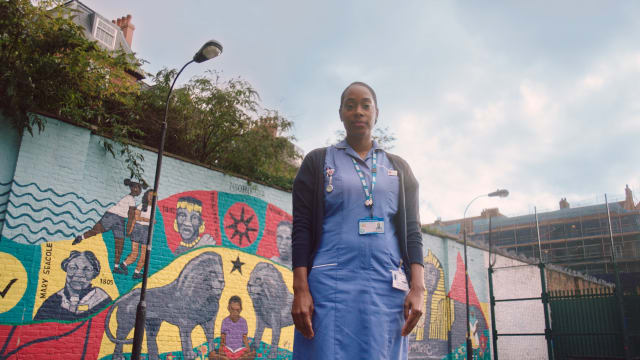 Black employees from seven organisations will reflect on why Black History Month is important and their hopes for the future of black Britain in a special ad campaign on Channel 4.

The short film, which is more than two minutes long, will be broadcast over the full length of an advert break during Channel 4 News on October 30 and again during Gogglebox and The Last Leg.

It will encourage viewers to keep the conversation going beyond October using the hashtag #BlackandProud, which was also the title of Channel 4’s month-long season of programmes celebrating black lives and culture.

Sophie Lloyd of Channel 4 said: “We’re really proud of this unique campaign that provides our brand partners’ employees with a national platform to share their views and deliver an important message as Black History Month draws to a close.

“At Channel 4 we’re committed to reflecting the cultural diversity of Britain on-screen in commercial airtime, as well as within editorial content, so we’re thrilled by the strong appetite from brands and agencies to work with us to achieve truly inclusive, engaging and creative content.”

The film has been made by production company Whisper, which recently worked on The Talk, a documentary about the conversation many black parents have with their children to explain that their skin colour will mark them out for prejudice and challenges not faced by white people.

Sunil Patel, chief executive of Whisper, said: “Having co-produced The Talk earlier this year, which generated a huge reaction online, we’ve been working hard to continue to raise awareness of the issues faced by black Britons via our position in TV.

“We are therefore delighted to produce this important ad, in a short time-frame, which delivers a very valuable message during Black History Month.”