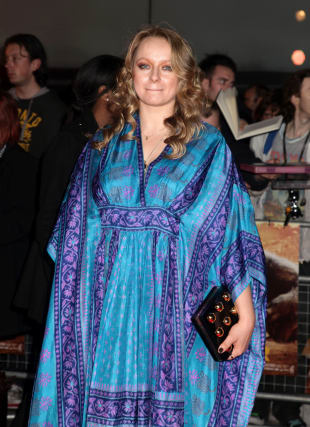 Samantha Morton has attacked the Government for its “outrageous” lack of support for the creative sector amid the coronavirus pandemic.

The Oscar-nominated star, 43, suggested those in power did not understand that the TV and film they consumed relied on a network of industry workers.

Speaking during a Bafta Masterclass event, Morton called on more Government funding for the arts.

“I think in these times – certainly the times of Covid and moving forward – I just want everybody to be safe, as safe as we possibly can be. But (if we are to) survive we need more funding from the Government,” she said.

“It’s outrageous what they’re doing and (they’re) not understanding. What are they all doing? They’re sitting at home watching their Netflix and their BBC iPlayer in the evening.

The Government is distributing a £1.57 billion funding package to the arts as well as further measures.

The actress also called for the screen industries to reach a 50/50 gender balance, describing her character on the US show The Walking Dead as one of her best roles.

“I think Alpha is one of the greatest roles I’ve ever played. Not only the writers that wrote her – you have Angela who’s the showrunner, you have a lot of female directors on the show and a lot of female writers,” said Morton.

“I was so proud that the main central villain, if you like, for such a show, was a woman.”

Morton added that when she used to watch the James Bond films growing up, she never wanted to be a Bond girl, she “always wanted to be the villain”.

“Obviously as an actor you hope one day a script’s going to come in where you get to play that villain. It just isn’t there,” she said.

“So when this came through, I mean, I’d been offered American television before. But you look at the expectations of you as a human being: no time with your family for seven years and you’re not guaranteed the episodes and there’s a lot of things that if any actors are watching this out there, you’ll know about…

“It’s a risk and I’ve always kind of been scared of getting it wrong. And this was a role of a lifetime.”

Morton also recalled sleeping rough aged 16 before her acting debut at The Royal Court in London after travelling down from her native Nottingham.

After arriving in London, she was unable to contact the owner of the house she hoped to stay in.

“I’d phoned this woman, I couldn’t get hold of her and I thought I can’t just turn up… It was really rough obviously back then. I wasn’t homeless but just didn’t know where to go that night. So I slept at the station,” she said.