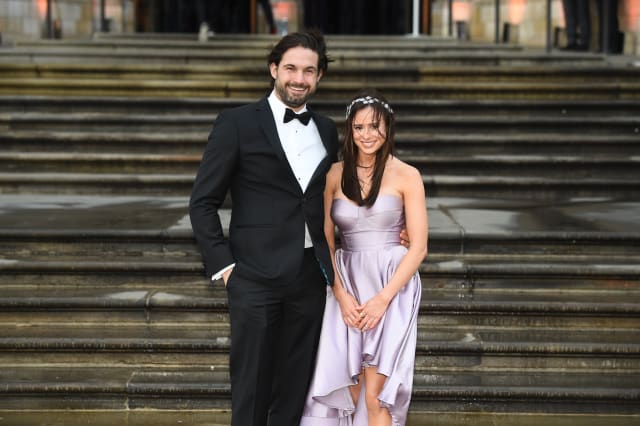 Camilla Thurlow has announced the arrival of her first child with her Love Island co-star Jamie Jewitt.

The reality star, 31, shared the news on Instagram with a series of photos of the newborn.

“There may be a thousand new photos on my camera roll, but none of them could ever do justice to the way you have lit up our lives.”

The pair announced they were expecting a baby together in May, nearly three years after meeting on the show.

The pair, who met during the 2017 series of the ITV hit, made the announcement to fans in a video posted on Instagram on Sunday.

The clip began with the couple holding a piece of paper, the contents obscured from the viewer.

It then showed the piece of paper travelling between their family and friends, being met with smiles and cheers each time, before it was later revealed as an ultrasound scan of their future child.

“So Jamie Jewitt and I have managed to make something pretty special and we’re not talking about the video,” Thurlow wrote in the caption.

On Sunday she revealed that the baby was overdue and wrote on Instagram: “I do have a habit of overcooking things and it looks like this little bun is no different!

“Happy to have an extra few days to relax now though, after spending some quiet time offline getting organised.

“Now it’s just about relaxing, keeping up with the laundry and restocking the snack cupboard each time @jamiejewitt_ eats all the hospital bag snacks (and then secretly restocking it again when I eat them all.”