Contestant eliminated from Bake Off during show’s first Japanese week 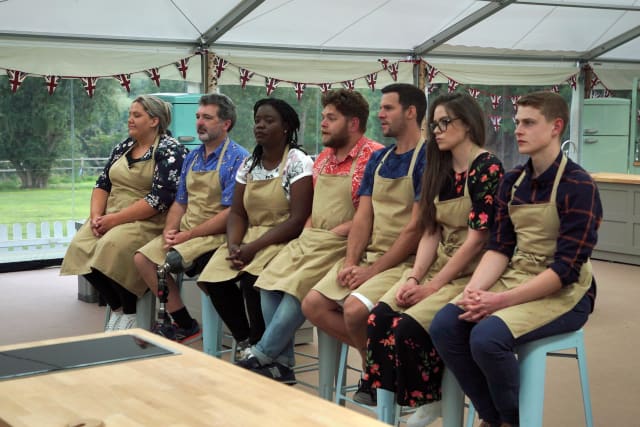 Mark has been eliminated from The Great British Bake Off during the show’s first Japanese week.

The project manager, from Liverpool, failed to impress judges Paul Hollywood and Prue Leith across three challenges during Tuesday’s episode.

Hollywood described one of his creations as “inedible”.

After being booted from the tent, Mark said: “There are happy tears as well. I’ve made it to week six of Bake Off.

“I’m going home having learnt so much. I’ve made an amazing bunch of friends.”

The show, which moved from the BBC to Channel 4 in 2016, also celebrated its 100th episode.

A tweet from the show’s official account said: “We’re not one to blow our own crumpet but… tonight is the 100th episode of The Great British Bake Off!

“Through all the pies and doughs, thanks so much to everyone who joined us along the way and to you at home for watching our tent-based baking antics. Here’s to 100 more!”

Noel Fielding introduced the show dressed as a manga character, a popular style of Japanese comic, while Matt Lucas appeared as a mango after mishearing his co-host.

For the signature challenge, the seven remaining contestants were tasked with making a batch of eight steamed buns with a sweet or savoury filling of their choosing.

Turning to his rival, Mark quipped: “Burger off Lottie.”

After hearing their plans, Hollywood requested a bun without gherkins from both contestants.

Leith told them: “He hates gherkins.”

When it came to judging, both Hollywood and Leith were generally impressed with how the contestants tackled the new territory, with both Mark and Lottie securing positive comments.

The Japanese-themed technical challenge was set by Leith, who warned the bakers not to panic when they heard the instructions.

They were tasked with making a complicated matcha crepe cake – 12 matcha-filled pancakes stacked and layered with strawberries and a white chocolate ganache buttercream, decorated and topped with fresh fruit and edible flowers.

Finally, the showstopper saw the bakers take on kawaii cakes, a style rooted in Japanese culture relating to things cute and charming, across four hours.

Dave’s cake was filled with chocolate sponge and matcha and styled after his dog Yoki, a Japanese Shiba Inu breed.

Lottie attempted a cotton jiggle cake in the shape of a red toadstool, admitting the top-heavy design was a “gamble”.

The risk paid off, with Hollywood describing her cake as “stunning”.

However, Hollywood said he had failed to match the flavours correctly.

Mark’s cake, which was styled after an avocado emoji, failed to impress Hollywood, who said it was “inedible”.

Last week saw Linda, a retired living team leader from East Sussex, become the fifth contestant to be eliminated from the show.