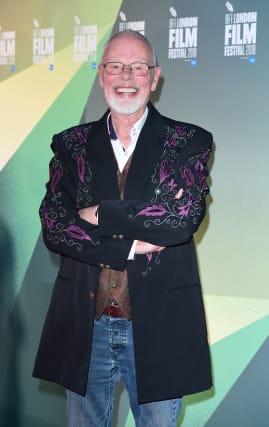 Veteran broadcaster Bob Harris said it is difficult to see light at the end of the tunnel for the beleaguered music industry, as he released a star-studded cover of Stand By Me to help musicians struggling amid the pandemic.

Live performances have been all but wiped out due to the health crisis, causing devastation for the thousands of workers who depend on the industry.

He said the crisis is “really hard” for the industry, adding: “You’re looking for silver linings but they’re difficult to find right now.”

Harris said his Under The Apple Tree Studios in Oxfordshire would usually be full of musicians, but it has instead been empty over the summer due to the chaos wrought by the pandemic.

He highlighted the plight of industry workers, including roadies and box office staff, and said only those at the very top are escaping the crisis relatively unscathed.

He said: “Everybody is affected by this, so it’s very, very tough unless you’re right on the very top, two or three per cent, the Lady Gaga level, let’s say.

“I think almost everybody else is struggling. Nobody is really immune to this. And I think the thing people are finding so difficult is that there’s still not an obvious end date.

“Suddenly, now we’re talking about this going on until next summer. So it’s a really difficult time for everybody.”

The cover of Stand By Me arrives 60 years since the original was recorded.

Harris, 74, said its message of solidarity resonates today amid the uncertainty of the pandemic.

He said: “We all need support right now. It’s important we do stand by each other right now and support each other. That was also one of the reasons for choosing this song.

“By contributing or by buying, or by even just spreading the word about it, you’re doing exactly that. You’re supporting people, you’re standing by the musicians who need our help right now.”