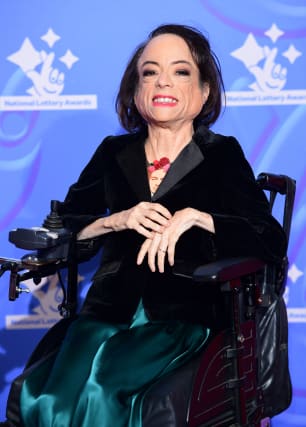 The BBC is marking the 25th anniversary of the introduction of the Disability Discrimination Act with a series of special programming.

The legislation, which was introduced in 1995, prohibited discrimination on the grounds of disability.

It was significantly extended in 2006 to include areas such as employment and education.

Actresses Liz Carr and Ruth Madeley, as well as screenwriter Jack Thorne, will deliver monologues which will be broadcast on BBC Four.

BBC disability correspondent Nikki Fox will also prepare a number of special reports that will air during news bulletins.

Being Frank: The Frank Gardner Story will explore the story of the BBC security correspondent who was left partially paralysed after being shot by al Qaida gunmen in Saudi Arabia in 2004.

Able – How Disabled People Changed Britain will see presenter Cerrie Burnell tell the stories of people who have faced hostility and indifference from the rest of society, as well as those who have campaigned for the rights of the disabled.

Both programmes will air on BBC Two.

Charlotte Moore, chief content officer at the BBC, said: “I hope that enabling disabled people to tell their often unexpected and surprising stories will challenge stereotypes and make us all think about the world we want to live in.”

The BBC’s creative diversity team is also hosting an event next month which will feature discussions on the representation of disability on screen.

June Sarpong, the BBC’s director of creative diversity, said: “I am proud of the ongoing work by the BBC to reframe the portrayal and representation of disability on and off screen, but there is still much more work to be done and it will continue to be a major focus for us.”