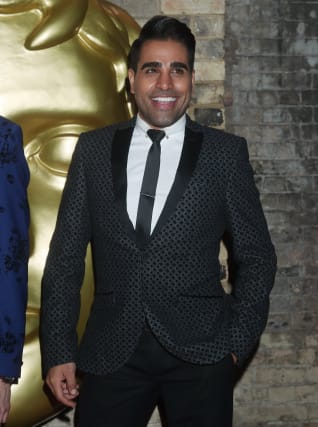 Former Olympic boxer Adams has been teamed with Katya Jones in a Strictly first. They made their debut during Saturday’s first live show of the series and impressed the judges with a quickstep.

TV presenter Dr Ranj, who appeared on Strictly in 2018, was full of praise for Adams.

He told the PA news agency: “I just wish we’d done it sooner, but I understand. It had to be something the audience wanted and were ready for.

“I think it’s a moment in history to see a contestant in a same-sex pairing. Obviously, we’ve seen pros do same-sex dances together, we saw Johannes (Radebe) and Graziano (di Prima) do that incredibly emotive dance last year, which was fantastic.

“This is the thing that people need to know – everyone loved it, everyone enjoyed it, and loved it for what it was, which is dancing. It was dancing between two people, and that’s the most important part.”

Dr Ranj, who is gay, predicted Adams’s boxing background would give her a key edge on Strictly.

He said: “Being a boxer, she is used to being on her toes and being nimble. But her strength will really, really help.

Dr Ranj was paired with professional dancer Janette Manrara in 2018 and was the sixth contestant eliminated.

This time around, Manrara is teamed up with singer HRVY and they got off to an electrifying start on Saturday with judge Motsi Mabuse declaring their jive “was the best first dance I have ever seen”.

Dr Ranj has been in contact with the pair and made a bold prediction.

He said: “I have to say I called it from the beginning, Janette and HRVY are going straight to the final. It’s going to happen. Their dance was the best week one dance I have ever seen.”

Away from Strictly predictions, Dr Ranj, an NHS doctor, has launched a Covid-19 puppet show to help educate children about the pandemic.

He will kick-off half-term with a short show, followed by a question and answer session that will be available for children and families to watch any time.

Dr Ranj told PA he wanted to create something that would be “helpful” for children.

He said: “Puppets are an amazing way to engage and educate little ones.

“As soon as there is a puppet in the room, their attention is focused straight away. It’s a great way to explain complicated, or potentially scary concepts in a nice manageable way.”