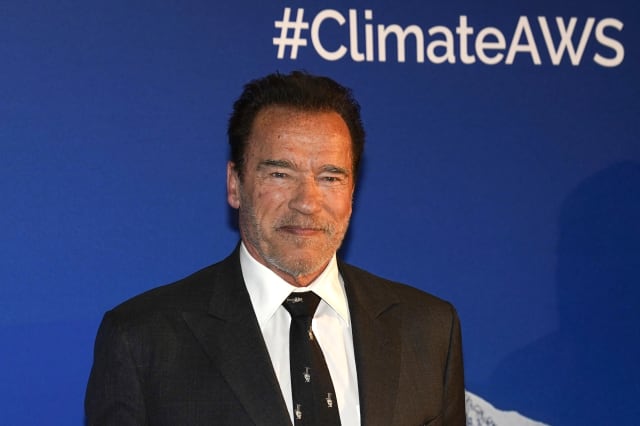 The action movie star, 73, said he now has a new aortic valve to go along with the pulmonary valve he received when he last went under the knife.

Schwarzenegger thanked doctors from the Cleveland Clinic in Ohio and shared pictures showing him giving a thumbs up from his hospital bed and later back on his feet seeing the sights of the city.

He said: "I feel fantastic and have already been walking the streets of Cleveland enjoying your amazing statues. Thank you to every doc and nurse on my team!"

Schwarzenegger, a former professional bodybuilder whose films include The Terminator and Commando, previously underwent heart surgery in March 2018.

The pair first starred in the franchise in 1984.

A pulmonary valve originally installed in 1997 for a congenital heart defect had to be replaced.

In May, he discussed the procedure and its complications for an online graduation video, revealing he could have died.

Schwarzenegger, a former California governor, said: "The reason why I'm telling you all this is because no matter how successful you are, life will throw obstacles in your path, like it was with my heart surgery or your graduation now.

"But if you have a very clear vision like I talked about earlier, of exactly what you want to do and who you want to be, you can go and find a way around all of these obstacles."

He added: "That's what life is all about, overcoming obstacles."