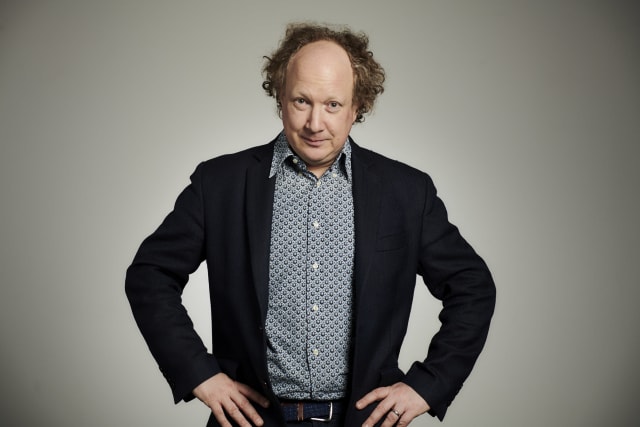 Andy Zaltzman has been announced as the new host of BBC Radio 4’s The News Quiz.

The comedian has been serving as guest host of the satirical panel show and will take up the role permanently when it returns on New Year’s Day 2021.

Zaltzman first appeared on The News Quiz in 2006 and has written and hosted a number of programmes on Radio 4 including Andy Zaltzman’s History Of The Third Millennium, Empire-ical Evidence, and The Department with John Oliver.

He said: “It is a great delight and privilege to have been entrusted by Radio 4 with the keys to the illustrious News Quiz chair.

“In an ideal world, of course, there would be no news worth satirising. Regrettably, that utopia seems not to be especially imminent right now, in the UK or elsewhere.

“I will therefore attempt to make sure The News Quiz not only holds up a mirror to the world, but also swats it firmly with that mirror, until it starts behaving itself.

“Ideally, they would have let me do the Shipping Forecast, but The News Quiz is almost as good, and I eagerly await the challenge of working with a fantastic cast of panellists to make the show as exciting, pertinent, inventive and funny as possible. And possibly making occasional references to cricket.”

Mohit Bakaya, controller of Radio 4, said: “Listeners have long turned to The News Quiz for a satirical take on what’s happening in the world, and its ability to hold a different light up to topical events couldn’t be more important than it is now.

“I am delighted that Andy will be the next host of The News Quiz. His wonderfully surreal take on the world and razor-sharp satirical brain are brilliantly suited to the show.

“I’m not sure he’ll get to do the Shipping Forecast, but I look forward to him finding imaginative ways to squeeze the cricket in.”

The News Quiz was created by John Lloyd and first broadcast in 1977 with Barry Norman as chairman.

There have now been more than 100 series of the programme and previous hosts include Sandi Toksvig, Miles Jupp and, most recently, Angela Barnes and Nish Kumar.

The new series will begin on January 1 2021 on Radio 4 and BBC Sounds, with a best-of special compiled from episodes in 2020.