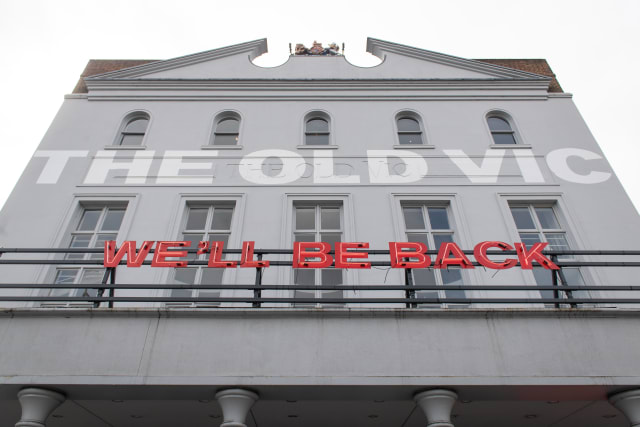 The Government is set to deliver £75 million in grants to 35 of the country’s top cultural organisations and venues, from the Old Vic to Shakespeare’s Globe.

It is the latest tranche of money to be distributed from the Government’s £1.57 billion culture recovery fund.

These grants are the largest to have come from the package to date and will go to bodies which require between £1 million and £3 million.

Money was allocated based on whether applicants provided jobs, supported the wider community and engaged with the public through innovative means during the pandemic.

More than £52 million – 70% of the total awarded in this round – will go to organisations outside London.

Culture Secretary Oliver Dowden said: “As part of our unprecedented £1.57 billion rescue fund, today we’re saving British cultural icons with large grants of up to £3 million – from Shakespeare’s Globe to the Sheffield Crucible.

“These places and organisations are irreplaceable parts of our heritage and what make us the cultural superpower we are.

“This vital funding will secure their future and protect jobs right away.”

The 1,000-seat Old Vic theatre in London, which was established in 1818, received a £3 million grant – the highest on offer.

It will allow the space to record three new commissions, hire freelancers and develop online and in-person activities to reach new participants.

Fleabag star Andrew Scott, who is an ambassador for the venue, said: “Today’s announcement is a hugely exciting and positive step forward in helping The Old Vic survive and thrive.

“Over its 200-year lifetime, hundreds of thousands of performers, creatives, technical crews, back-of-house teams and everyone else in-between have worked together to make The Old Vic the cultural icon it is today.”

The English National Ballet will also receive £3 million to restart performances, retain its talent and explore live and digital opportunities.

The Black Country Living Museum in Dudley, where scenes for Peaky Blinders and Stan & Ollie have been filmed, will be able to reopen with a grant of £2,559,805.

The Sheffield Theatre Trust, which includes the Crucible Theatre, will receive £2,246,000 to reopen for a season with a pop-up pantomime for Christmas.

A grant of £1,380,023 will allow the Birmingham Repertory Theatre to deliver coronavirus-secure events.

Actor Adrian Lester, trustee of the board at the venue, said: “The REP (Birmingham Repertory Theatre) was one of the main reasons I applied to drama school. It was the first theatre I visited as a child and the first theatre I ever performed in. Without it, my life may have taken a completely different course.”

Sir Nicholas Serota, chairman of Arts Council England – which is delivering the funding , said: “The Culture Recovery Fund has already helped hundreds of organisations, of all types and sizes, in villages, towns and cities across the country. It has provided a lifeline that will allow these organisations to continue to play an integral role in their communities and produce new artistic work that will entertain and inspire us all.

“This latest funding, which are the largest grants to date, will support some of the country’s most loved and admired cultural spaces – from great regional theatres and museums to historic venues in the capital – which are critical to the development of a new generation of talent and in providing work for freelance creatives.”

A second round of grants of more than £1 million and the recipients of a £270 million loans package will be announced in the coming weeks.

Some £500 million has now been allocated from the culture recovery fund to nearly 2,500 cultural organisations and venues of all sizes.

The fund has also seen £188 million distributed to the devolved administrations – with £97 million for Scotland, £59 million for Wales and £33 million for Northern Ireland.