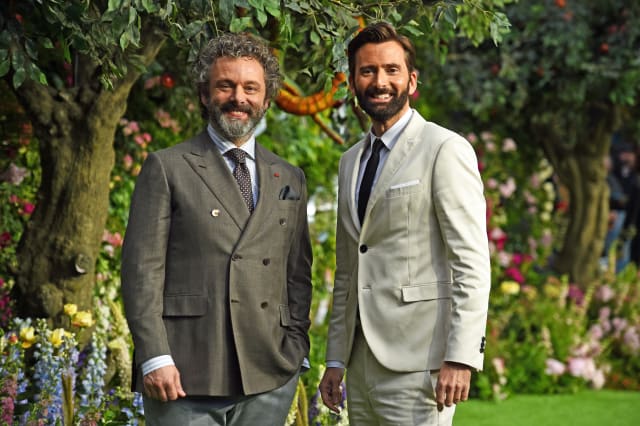 Michael Sheen and David Tennant are to reprise their roles as themselves for a new series of virtual lockdown comedy Staged.

The new episodes will see the pair attempt to adjust to their “new normal” at home while navigating virtual Hollywood.

Also returning for the new series are Georgia Tennant, Anna Lundberg and Lucy Eaton, as well as Nina Sosanya and Simon Evans.

Ben Schwartz will join the cast for the second series, playing the assistant to Sheen and Tennant’s American agent.

The first series, which was filmed using a combination of self-shooting and video conferencing technology, followed the cast of a play who were furloughed when their forthcoming West End production was suddenly brought to a halt.

The new series hopes to “capture our shared feelings of frustration and confusion at a world not quite ready to reopen”, the BBC said.

Sheen said: “It’s been so great to see how much people enjoyed the first series. Seemed like the laughs were much appreciated.

“It made us really excited about taking it further and going in some surprising and hopefully enjoyable directions this time.”

Georgia Tennant added: “The prospect of getting my husband back into employment alongside the divine Ben Schwartz and the hairy, Welsh legend that is Michael Sheen all makes me very happy to be back for Series 2!”