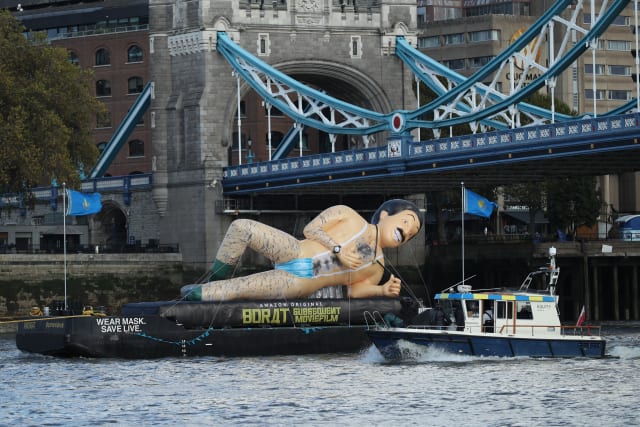 A large inflatable in the shape of comedy news reporter Borat has floated down the Thames in London.

Alongside the character, the float displayed the flag of Kazakhstan, and was emblazoned with the phrase, “Wear mask. Save Life”.

The sequel to the 2006 mockumentary film Borat is fully titled Borat Subsequent Moviefilm: Delivery Of Prodigious Bribe To American Regime For Make Benefit Once Glorious Nation Of Kazakhstan, and is an Amazon Original.

Cohen reprises his role as Kazakh television journalist Borat, who ventures back to the US.

The 40-foot long inflatable travelled from Tower Bridge to the London Eye and back again at 2pm.