MNEK: Little Mix were in the driver’s seat on new album 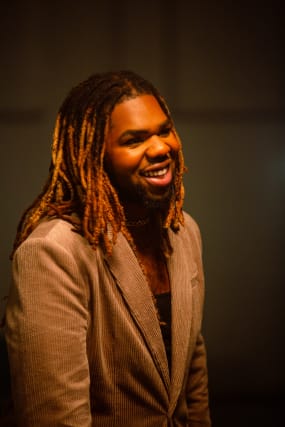 MNEK has said Little Mix were in “the driver’s seat” during the recording of their forthcoming sixth studio album, Confetti.

Singer-songwriter MNEK, who worked with Little Mix during recording sessions for the album, said the band were “steering the wheel this time”.

He told the PA news agency Little Mix had worked with Syco staff in the past who were “incredible” and “absolutely so detailed in everything they thought the song needed”.

He added: “In this instance the girls have really been in the driver’s seat and so everything on this album as far as – there is an A&R at RCA – but it’s now going through them.

“Because by album six they want to have a stronger say at how these songs end up.

“It’s been very that, it’s been them steering the wheel this time.”

The Grammy-nominated south Londoner said: “Literally the day I was supposed to go into the studio with the girls to do the last bits of recording I had to cancel a session because of lockdown things.

“But otherwise, doing the finishing touches of the album has been cool and has been great.

“I love working with the girls and I am all for them being the best that they can be and applying themselves whenever they come to the studio.”

MNEK also praised their BBC talent show The Search, in which bands compete for a place on the Little Mix 2021 tour.

He said: “I am glad that this show is happening.

“I like that the public get to see what we, as collaborators of theirs, get to see their personalities and just their bluntness, their humour, their goofiness.

“All of their best qualities as people are being shown on this show.

“And then it’s also about what their eye for talent is after 10 years in the industry.”

Following on from the success of his number one single Head & Heart with DJ and producer Joel Corry, MNEK has released More Than Words with Sleepwalkrs.

The track earned 500,000 Spotify streams in its first week and features a music video shot by Mike Baldwin, in which a troupe of deaf and hard of hearing dancers perform.

MNEK said they had wanted to “really explore the relationship between hearing impaired people and dancing”.

He added: “I really hope that people watch the video and know what we were trying to do with it.

“Hopefully it elevates the song to where it needs to be.

“It was actually really interesting to see dancing from that perspective and to see how they would take in information on how to improve their performances.

“The director would say something and then it would be translated to sign language so they could know it.

“That was an interesting process to watch.”

Sleepwalkrs added: “We wanted to create something unique and unexpected and highlight the talents of incredible people which may often be overlooked.”

More Than Words is out now.