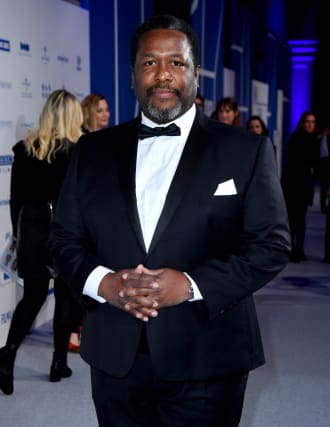 Wendell Pierce shed a tear when he discovered he had been nominated for an Olivier Award for his West End debut in Death Of A Salesman.

The US actor, 56, said the news prompted him to recall a school trip to London where, as a teenager, he had been inspired to pursue acting.

The Suits star was tapped for best actor for his portrayal of protagonist Willy Loman in the Arthur Miller play, while co-star Sharon D Clarke was nominated for best actress.

The pair were in conversation ahead of the virtual ceremony on Sunday.

Recalling hearing the news, Pierce said: “Once I knew it, it was a sense of calm, a quietness. The first people I thought of was you guys – the family. I was like, ‘My family’. My family there in the world of the play and then my own personal family, I thought about.

“I shed a tear because I also thought of the little boy who came to London 40 years ago and that dream of: ‘Wow, in the land of theatre, the true home of theatre in the world, one day I maybe can walk the boards and be a part of this world.’

“And to get that opportunity was one of the greatest moments, not only in my career but also my life, honestly.

“I have a saying. It’s always about the work that you do and the people that you meet. That will be the everlasting memory and joy, and so just thinking of it now I shed a tear.

“It was the affirmation that it wasn’t a fluke. It wasn’t happenstance. It was a very special thing that we created.”

English actress and singer Clarke, 54, said hearing of her nomination had left her “floating”.

“What we do, us in the industry, we are very blessed to do what we have chosen to do. You don’t just think: ‘Oh God I’m going to be an actor.’ You have to choose to do it and it chooses you. You have to commit. You have to know you are part of a team.”

Pierce said his year spent living in London during rehearsals and the show’s run had helped him cope with the current climate.

He said: “For me it is almost like a dream. I wake up and go: ‘I remember that year I spent in London.’

“It’s just a few months ago but then I realise it’s now a year. A year. Has it been a year? I can’t believe it.

“But the memory of that time comforts me during these difficult days. It really is a comfort and a joy. And at the centre of that is you.”