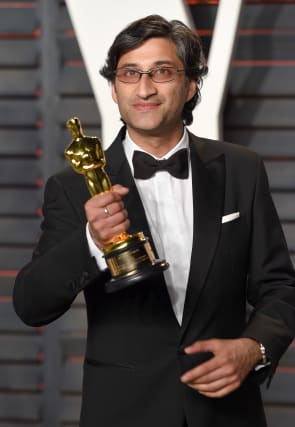 Director Asif Kapadia will be honoured with the BBC Grierson Trustees’ Award at the 2020 British Documentary Awards.

The Bafta-winning filmmaker behind the documentaries Amy, Senna and Diego Maradona will receive the prize during the 48th edition of the awards, held virtually on November 12.

He follows in the footsteps of previous winners including Sir Trevor McDonald, Louis Theroux, Molly Dineen and Sir David Attenborough.

Kapadia, who was born in London to an Indian Muslim-British family, is best known for his trilogy of films focusing on the rise and fall of young talent and the price of stardom.

Lorraine Heggessey, chairwoman of the Grierson Trust, said: “The genius of Asif is that he manages to really get under the skin of his subjects, drawing viewers in and making you feel like you know them personally, but with such a sophisticated use of archive footage to paint them anew.

“His works are a masterclass in the subtle art of slowly peeling away the layers until their inner soul is laid bare.

“As a result, his films aren’t just a hit with reviewers, but audiences too – making him Britain’s biggest box office-breaking documentarian.

“Not content with having invented his own genre of documentary, Asif continues to innovate and challenge himself as evidenced in his current exploration of XR with his next project, Laika.

“We have always considered The Grierson Trustees’ Award as recognition of a filmmaker’s continued excellence and outstanding contribution to documentary.

“Asif Kapadia is at the height of his creative powers and we wait with great anticipation to see where he will take us and viewers next.”

Jason Wood, artistic director for film and culture at HOME and a long-standing friend, said: “I can think of few people more deserving than the honour of receiving the BBC Grierson Trustees’ Award than my friend Asif Kapadia.

“A filmmaker who works across both factual and fictional filmmaking, he has undoubtedly made a huge contribution to documentary filmmaking as both an art form and as a way of attracting new and diverse audiences.

“Beyond Asif’s undeniable talents as a director, he is also incredibly supportive of the arts, giving his time, advice and support freely.

“He also offers proof and hope that success for working-class filmmakers of colour is an attainable goal. He is truly an inspiration.”

The virtual ceremony will broadcast in partnership with Little Dot Studios on November 12 on the Grierson Trust’s YouTube Channel, hosted by comedian Sara Pascoe.

Pascoe will present 14 awards for documentaries judged by the voting juries to have made a significant contribution to the genre.