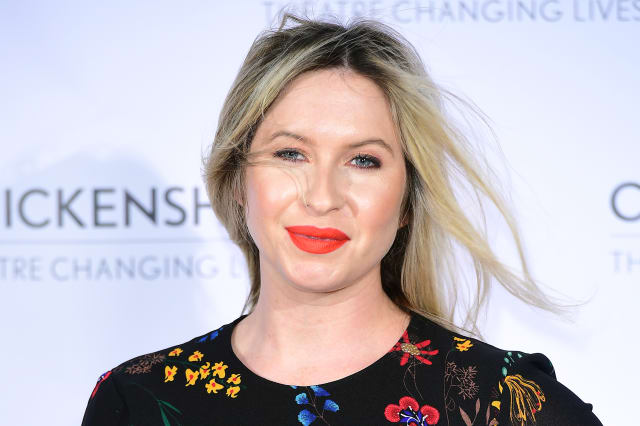 Brooke Kinsella has marked the first month of "chaos and magic" after the birth of her daughter Elsie.

Sharing a photo of the newborn, she wrote: "One whole month of utter chaos and magic. Thanks for choosing us Elsie."

Kinsella previously revealed her daughter was due on October 13, sharing another snap of the new arrival and writing: "Crazy to think you were only due to come into the world today little one..."

Announcing the new arrival, she wrote on Instagram: "And then there was you... Elsie Rose Georgia Boardley.

Kinsella has been an advocate against knife crime since her brother Ben was stabbed to death in June 2008 when he was 16.

Earlier this year she marked the anniversary, writing: "This night 12 years ago, our beautiful Benjamina left home to celebrate finishing his GCSE's and never came home again.

"We loved Ben so very much – he was precious to us. He is never far from our thoughts, in the wonderful artwork and writing that he left us, a piece of music, a glimpse at photos, seeing his friends, in the faces of his beautiful nephews.

"The memories are all there. We often talk about what he would be doing now, should be doing now and sometimes, when its quiet, the feelings of missing him overwhelm us like a tidal wave.

"We have learnt to cope with losing him. It's part of grieving and the healing process. But it never really leaves you. We will miss him forever."