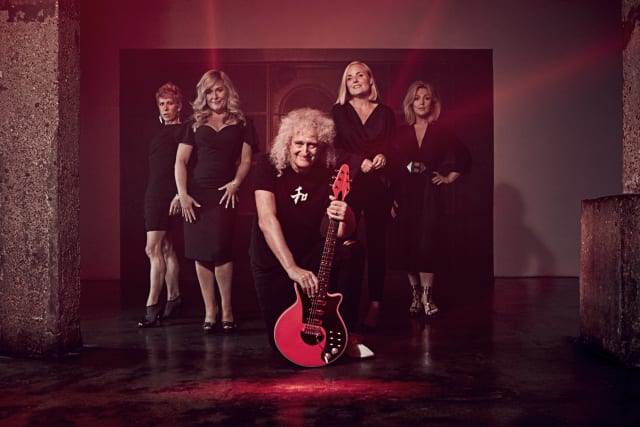 Brian May has teamed up with the rock musical theatre band Woman for a cover of the 1962 track I’m A Woman in support of two cancer charities.

The Queen guitarist described the recording as a “raunchy and defiant rock” song.

May said: “This recording was conceived as a response to a calling to promote this great cause for women’s health. But it evolved into a magnificently raunchy and defiant rock track in its own right.

“These four ladies all rock out sensationally, and it was pure joy to underpin their performances with my guitar.”

May, 73, plays a pink guitar in the accompanying music video, a nod to Breast Cancer Awareness Month.

Woman said they were partially inspired to cover the track to pay tribute to another West End star, the late actress Rebekah Gibbs.

The former Casualty star died at the age of 41 in 2014 after being diagnosed with cancer.

Group founder Mazz Murray, who was a close friend of Gibbs, said: “We are thinking particularly of our dear friend and fellow performer Rebekah, who we lost, but not before she brought about a change in the rules of diagnosis and specialist referrals through which she has saved so many lives.”

The cover of I’m A Woman is available from Friday.