Dawn French: Writers should be free to create characters from any race 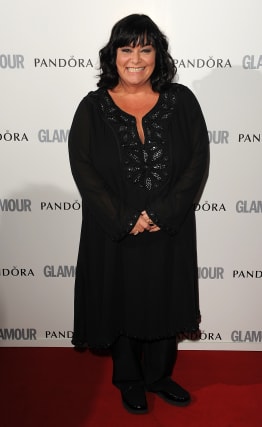 Dawn French has said that authors should be free to write about characters from different racial backgrounds from their own.

The comedian’s new novel, Because Of You, reportedly features main characters of different ethnicities.

Asked whether a writer should have to be black themselves in order to create black characters, French told the BBC’s The Andrew Marr Show that she disagreed.

She said it would be a “very sorry state of affairs if we couldn’t imagine anyone we liked when you were writing”.

She added: “If we started to police who you can write in fiction, I think that is a hiding to nowhere, really.”

French, who was previously married to fellow comedian Sir Lenny Henry, said her “lived experience is in a multicultural family, so this is the norm for me, to write any colour I like”.

She added that “if you are a black person you can write with a more authentic black voice … but I’m allowed to imagine anybody I like”.

French, 63, added that she frequently saw her ex-husband being subjected to racism.

“I witnessed it coming at him all the time, mostly in rather insidious ways that you can’t quite grasp and you think ‘Oh, that was a quite uncomfortable moment that happened just there in that cab, or in that boardroom, or in that meeting’.

“So, quite often I reflected back on it and thought ‘Yeah, I was witness to something there’ and I think that is what I really think we are waking up to now, is the kind of racism that is around us all the time.”

French also said she worries about comedy’s “cancel culture”, which is often said to be the social media phenomenon of boycotting someone who has done something controversial.

In comedy you need to “live on the edges of propriety, you need to offend a tiny bit to work out what’s funny”, she said.

“The edgy people are the people that plough the furrow for the rest of us.”

She added: “My opinion is say what you want to say, be free to say anything, and everyone can be free to have a go at you, to challenge you or to tune out from you, and for any comedian that’s the biggest punishment.

“If nobody wants to listen to you any more then I think you have got the message.”