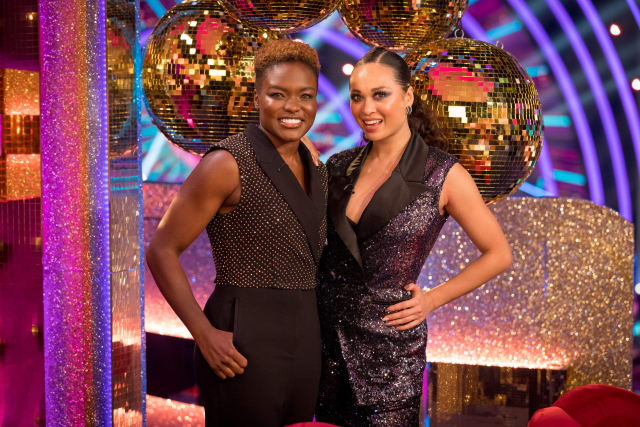 Nicola Adams has been hailed as a “trailblazer” following her groundbreaking performance as part of an all-female pairing in Strictly Come Dancing.

The Olympic gold medallist, who has previously been credited with massively boosting the profile of women’s boxing, became the first celebrity to perform in a same-sex couple on the BBC One programme on Saturday.

She performed alongside her partner Katya Jones in a group routine.

Adams was praised online after her performance.

Comedian Suzi Ruffell showed her support for the former sportswoman by tweeting to say she is “team Nicola”.

During the programme, judge Craig Revel Horwood said he was particularly excited about watching Adams and Jones.

“It is the first time a pro girl has the opportunity to actually lead the dance, which is really exciting for Katya obviously, because she’s had to drag a lot of people around before and pretend not to lead,” he said.

“But I think this is going to be a sensational partnership, I really do.”

During the programme, Adams tweeted to say she was “so excited to finally announce my partner Katya Jones”.

“I couldn’t have been paired with a better partner than a fellow champ in her own right and I can’t wait to see what creative dance routines Katya comes up with,” she added.