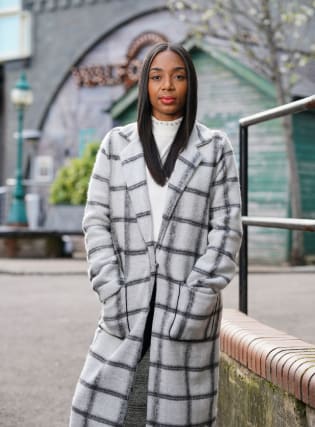 EastEnders’ Chelsea Fox will return to Walford after 10 years away, with a new actress taking on the role.

Denise Fox’s eldest daughter was previously played by Tiana Benjamin and will now be played by Zaraah Abrahams.

After a string of scandals, including a brief fling with Grant Mitchell, and dalliances with Sean Slater and Jack Branning, who is now in a relationship with her mother, Chelsea left Albert Square in 2010 to live with her grandmother as she could not bear to be known as the daughter of a serial killer.

Abrahams, who has previously appeared in Coronation Street and Waterloo Road, said: “I am so excited to be joining such an iconic show and I am really looking forward to taking on the role of Chelsea Fox.”

Jon Sen, executive producer of the soap, added: “When Chelsea was around, trouble was never far away and that is as true as ever when she returns to Walford later this year.

“We are excited that fans are going to see Chelsea back on their screens and thrilled that the wonderful Zaraah is going to play her.”

It has previously been confirmed that Don Gilet has reprised his role as Chelsea’s father Lucas Johnson and will appear on screen later this year.