BBC cannot push issues around race ‘under the rug’ for any longer, says Sideman 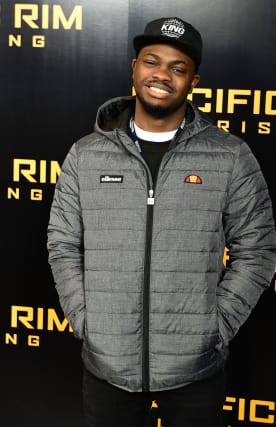 The BBC cannot push issues around race “under the rug” for any longer, according to a radio DJ who quit the corporation over the use of a racist term in a news report.

Sideman said the corporation should improve diversity among senior managers and introduce training for its employees on race.

More than 18,000 people complained to the BBC over a broadcast in which social affairs correspondent Fiona Lamdin repeated a racial slur allegedly used during an attack in Bristol.

The day after Sideman announced he was leaving the corporation over the incident, the then director-general Tony Hall apologised over the language used in the new report which ran on BBC News Channel and local news programme Points West.

When asked what BBC bosses should do to stop controversies about race from occurring in the future, he told the PA news agency the corporation should show “understanding of the times that we are in”.

He added: “Things are changing and black people’s issues are not an issue you can push under the rug any more.

Sideman said that while there is institutional racism in the BBC there also is in “almost every organisation in this country” and he is not out to “slander or malign” the broadcaster.

He said his mindset had changed following the Black Lives Matter movement and “the Sideman prior to George Floyd’s death probably wouldn’t have done what I did”.

He said he received “overwhelming support” from other employees at the BBC after announcing his resignation.

Sideman said he did not expect the video he posted on social media announcing the move to gain so much traction.

“I look back on what I did and think wow, people really amplified my voice and made it louder and made it have more impact,” he said.

“If social media didn’t make the big stink of it that they did, then it wouldn’t have been as monumental a thing as it was with the BBC apologising just over 24 hours later.”

He added that his actions should not have been necessary.

“They went on a website and typed in a long, boring email. What I did was a video on Instagram.

“That to me says something about our society, that what I did caused more of a stink.”

Since leaving the BBC Sideman has teamed up with businessman Ric Lewis for the podcast The Mentor.

The podcast sees three young people get given £5,000 each and access to advice from Lewis as they seek to achieve their business and personal goals.

Sideman said he wants his future projects to “bring about change”, adding: “I’m not just thinking monetary gain and this podcast was perfectly suited for that.”

The Mentor is available on streaming services including Spotify, Apple Podcasts and Google Play.