London Palladium events ‘show it is possible to have high numbers’, says Dowden 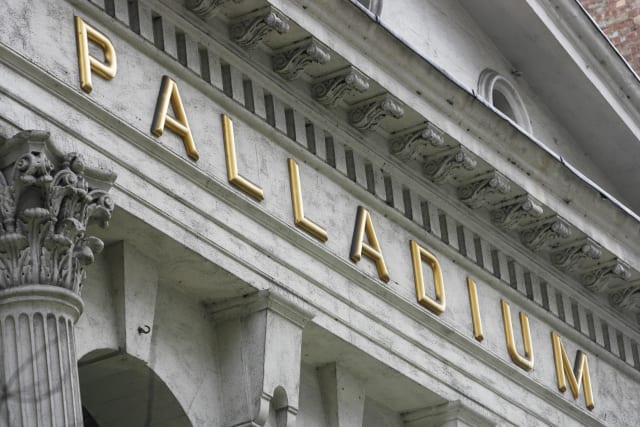 Oliver Dowden has addressed images that emerged on social media from events held at The London Palladium which drew criticism for an apparent lack of social distancing.

A musical called Songs For A New World was held at the venue owned by the theatre impresario Andrew Lloyd Webber on Sunday, while on Monday night it hosted an event to promote the new book by football manager Arsene Wenger.

But photographs on social media appeared to suggest seating was not socially distanced enough.

Giving evidence to MPs on the Digital, Culture, Media and Sport Committee (DCMS), the Culture Secretary said that work was being done behind the scenes to “ensure that we can get things going again”.

He added: “We are looking at how we organise theatre so that social distancing has a minimal impact, you will have seen those images, some people slightly concerned about at The London Palladium but it does demonstrate it is possible to have high numbers of people.

“(It) is subject to where we are with the public health.”

Asked about the fact that spectators had been allowed into The London Palladium for the Wenger event, but that outdoor sports venues remained closed, Mr Dowden said: “Of course I accept people’s frustration at the inconsistency there.”

He continued: “In relation to sport, we had sports on a path to normality. At that time I was being attacked by the arts for prioritising sports.

“The next stage was to have pilots to move to a point from October 1 whereby we would be able to have socially distanced spectators in stadiums.

“That is what I desperately wanted to happen. Because of where we are with the disease, it has not been possible to have that further easement.”

The London Palladium had previously responded saying it was operating “fully in line” with government guidance.

Theatre critic Mark Shenton, who attended on Sunday, wrote on Twitter: “I’m so glad I was there (& bought my own tickets!) — but just one worrying note I didn’t share amidst the celebration: the (lack of) social distancing.

“Yes, theatre protocols ace … but seating, at least in stalls, was in EVERY SINGLE ROW and only distanced by leaving a single free seat between parties.

“Seating wasn’t even staggered — centre aisles had people on end seats of every row. So I’m not sure this was really safe.”

He continued: “On the other hand, temperature checks were made, mask-wearing was properly enforced; staggered arrival times meant less crush to get in, and bar service was entirely by seat delivery service.

“So @LondonPalladium was doing its best. But seating was NOT socially distanced enough.”

Songs For A New World producer Jamie Lambert praised the “titanic amount of work and money” the theatre had put into making the event as Covid safe as possible.

Singer Beverley Knight reposted his statement and said: “You can be sure this utterly brilliant show was produced in the safest possible manner … I should know.

“Hopefully Sunday night has demonstrated that other live events including sporting events, can SAFELY introduce audiences once again.”

A spokeswoman for LW Theatres said: “The London Palladium was not ‘packed’ for its performances of Songs For A New World and An Evening With Arsene Wenger.

“We were operating at 50% capacity. This is fully in line with, and indeed goes further than, the Government’s current Stage 4 guidance for the reopening of theatres.

“With the support of public health officials and Westminster Council, social distancing of one metre distance plus safety mitigations – for example mandatory face coverings – is in place between each customer bubble across The London Palladium.

“We have ensured that all bubbles are seated at least one metre apart through reconfigured seats: in the circles, we use ‘chequerboard’ seating and, in the stalls, we have respaced rows to ensure a one metre distance on all sides.

“Operating at or below 50% capacity, this is part of a wide range of health and safety measures, including mandatory temperature checks on arrival and an enhanced cleaning regime, in place across the theatre. More information about all the measures in place across The London Palladium can be found on our website.”

Rebecca Kane Burton, chief executive of LW Theatres, wrote on Twitter: “Let me be very clear. Social distancing was & is at the heart of all planning of events @LondonPalladium.

“We spent 10s of £000’s of pounds reconfiguring the stalls to achieve 1m distance front to back & between bubbles.”