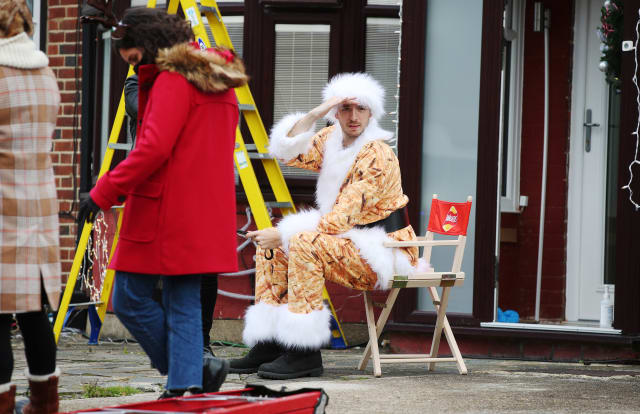 He was photographed on set for the crisp company in Harrow, north-west London, wearing a Father Christmas outfit emblazoned with sausage rolls.

It follows his 2018 Christmas number one hit We Built This City, an ode to sausage rolls based on Starship’s 1980s glam-rock song.

Hoyle, who is from Nottingham, found fame blogging about his journey from “lad to dad” after the birth of his two sons with wife Roxanne.

He launched a YouTube channel in 2016 to document the pitfalls of fatherhood.