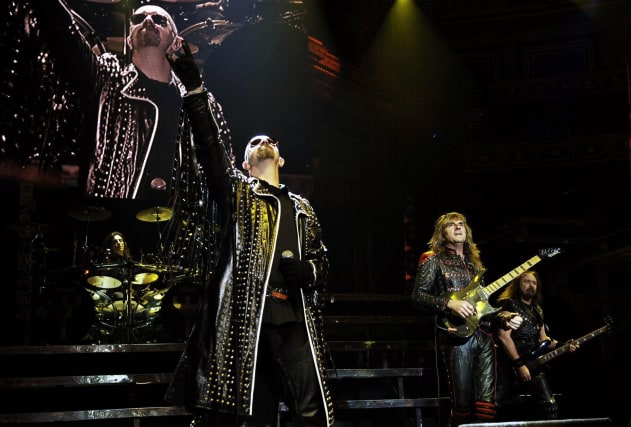 Judas Priest frontman Rob Halford has spoken of his surprise at being able to remember his five decades in music despite his rock and roll lifestyle.

The 69-year-old singer, who helped pioneer the heavy metal genre as part of the West Midlands band, admitted he had spent a “good portion” of his adult life failing to look after his body.

But Halford, who was raised in Walsall, said he was “flabbergasted” to discovery he could remember most of his life in great detail for his autobiography, titled Confess.

He told the PA news agency: “For someone like myself, who has been clean and sober for over 30 years, a good portion of my adult life was quite damaging with alcohol and drugs.

“I know it has had an effect on me.

“I know it has because I feel it occasionally.

“So be to able to recall a lot of that stuff for a good 30-plus years of my life was a surprise.”

Halford, who is gay, has said hiding his sexuality during Judas Priest’s early years isolated him and led to depression, prompting alcohol and drug abuse.

The musician said it was important Confess tackled those periods of his life with a sense of humour.

“It’s important if you have got that trait in your personality,” he said.

“When any of us face challenging times, no matter how bleak and difficult it is, you always have to remember there’s always the proverbial light at the end of the tunnel and there is always a bit of a silver lining to any cloud.

“I am grateful that I have that in my capacity as a person.

“I think most people do.

“But (journalist and Confess co-writer) Ian Gittins did a magnificent job of balancing that out and bringing that part of my character into the book so well.”

Halford, an enduring fan of the rock band Queen, praised frontman Freddie Mercury as an “inspiration” who “expressed himself musically, freely, with no boundaries”.

Speaking about Mercury’s decision to never publicly come out as gay, Halford added: “You have to give him praise, if that is the right word, for saying, ‘This is my life – my sexuality has nothing to do with me as a performer’.

“Now, on that level I tend to disagree because I have always said that only a gay man can do my job.

“That is just the way I feel about myself as a performer.

“There is a value to my sexuality that is in my work.

“That is just an observation.”

Confess The Autobiography by Rob Halford is out now in hardback published by Headline.