Festival misses out on arts funding: ‘We’ve no idea how grants were allocated’ 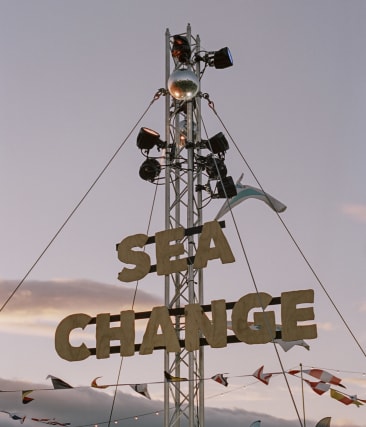 A festival has criticised the way the Government’s £1.6 billion Culture Recovery Fund has been allocated.

The Sea Change Festival, which would have celebrated its fifth year this summer, applied for a grant of around £92,000, but was knocked back.

Its comments come as Arts Council England said it would not have withheld money should applicants be unable to do publicity or social media activity about the grants.

On Monday, the Government announced the arts organisations, from a traditional circus to a museum which served as a location for Downton Abbey, which have been awarded grants of up to £1 million.

Rupert Morrison, founder of the festival in Devon, which had to cancel this year’s event, said: “We’re pretty resilient people. We will find a way to come back.

“But in the short term we have a responsibility to make sure we cover those debts incurred for production costs, especially our marketing and advertising.”

He told the PA news agency: “The decision not to run (the event this year) was taken away from us. There needs to be culpability on a governmental level.”

Mr Morrison said of the grants: “I do not know who they’ve spoken to. I don’t know what the criteria was. It’s not been clear who gets it and why. And there’s no advice for people like myself who didn’t get it.”

He criticised the way the funding, allocated by Arts Council England, was promoted.

“If you look across the hashtag (Hereforculture) for who received the funding, it’s the same copy, the same imagery. DCMS (Department for Digital, Culture, Media & Sport) have been tagged in everything. It’s the same line…”

An Arts Council spokeswoman said that, despite the suggestion made by some on social media, it would not have withheld money should applicants be unable to do publicity or social media activity about the grants.

She said: “Part of the Arts Council’s remit is to champion and advocate for public investment in arts and culture, and the positive impact that publicly-funded arts and culture has on people’s lives.

“An important aspect of this advocacy is for grant recipients to acknowledge the public funding they’ve received, how they’re using it and the impact it is having on their community.”

Culture Secretary Oliver Dowden has said the Government “worked around the clock to get this record investment out to the front line”.

He said the grants will “allow our wonderful theatres, museums, music venues and cultural organisations to survive this crisis and start putting on performances again – protecting jobs and creating new work for freelancers.

“This is just the start – with hundreds of millions pounds more on the way for cultural organisations of all sizes that still need our help,” he added.