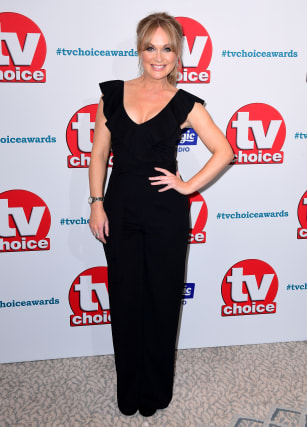 The actress, who plays Vanessa Woodfield in the ITV soap, announced she has given birth to a baby boy.

She wrote on Twitter: “Welcome to the world Edward ‘Teddy’ Peter Brooks, born Friday 9th October. We are so in love with you Teddy.”

She also shared two photos of the new arrival, including a black and white shot of her in a hospital bed smiling at the camera as she presses her cheek against the baby, who is wrapped in a white blanket and wearing a knitted hat.

The second photo, in colour, shows her cradling the newborn, who is wrapped in a striped blanket.

Hardwick and soap producer Brooks married a year ago in a ceremony at Graceland in Memphis.

The couple celebrated their anniversary in September when Hardwick shared a photo from the wedding ceremony and a picture of Brooks pointing at her baby bump.

She wrote: “One year on. I love you Brooksy.”