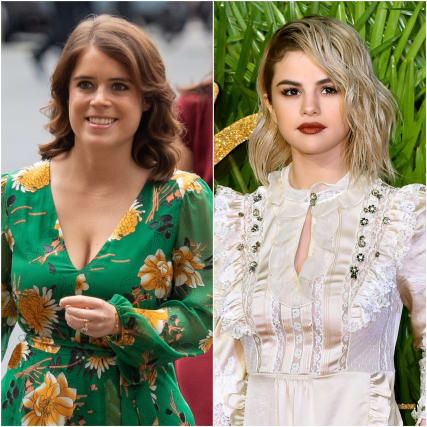 US singer Gomez, 28, was widely applauded for sharing a picture to Instagram featuring a scar from a 2017 operation.

Gomez admitted she had previously been wary of showing the mark but now feels confident enough to do so.

Following her 2018 wedding, Eugenie was praised for wearing a dress with a low back to reveal her scar from scoliosis surgery as a child.

She posted a screengrab of Gomez’s original post to her Instagram Story and said: “I thought this was super cool of @selenagomez to show she’s confident of who she is and what she went through after finding it difficult to show her scar.”

The royal added: “Let’s be proud of our uniqueness.”

Eugenie, the Queen’s granddaughter and daughter of the Duke of York, married Jack Brooksbank in October 2018.

Explaining her decision to wear a dress with a low back, she said: “I had always wanted a low back, part of it was showing my scar.

“I believe scars tell a story about your past and your future and it’s a way of getting rid of a taboo.

“For me it’s a way of communicating with people who are going through either similar situations with scoliosis or having a scar of their own they are trying to deal with.”