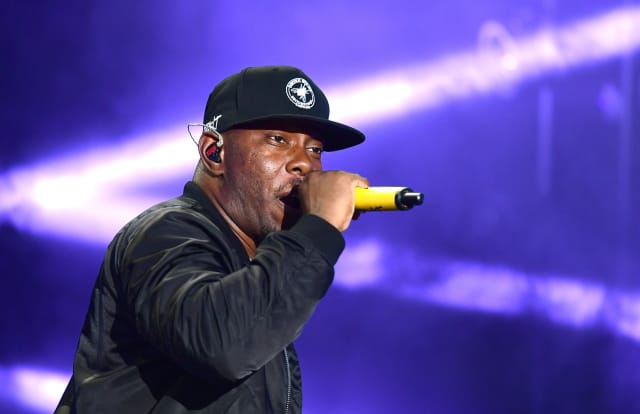 One of grime’s pioneers, Dizzee Rascal helped bring a little known genre of high-tempo rap music to the mainstream.

The rapper and producer, real name Dylan Mills, has been made an MBE in the Queen’s Birthday Honours for services to music.

Born in London on September 18 1984, Dizzee Rascal spent much of his youth living in Bow, where he attended a number of different schools owing to his bad behaviour.

Reportedly, a teacher calling him “Rascal” at the time was the inspiration for his stage name.

The 36-year-old excelled in music studies and, while still a teenager, began producing music on his computer while DJing drum and bass music at parties and on pirate radio stations.

In 2002, he joined the Roll Deep Crew, which featured future high-profile rappers including Tinchy Stryder, Jme, Skepta and Wiley.

But with the success of his debut solo album, 2003’s Boy In Da Corner, he struck out on his own.

The record, which includes the songs Fix Up, Look Sharp and Jus’ A Rascal, was one of the year’s most acclaimed, and went on to win the Mercury Prize, bringing grime music its first national exposure.

This would pave the way for a younger generation of grime artists including Stormzy and Dave.

Since then he has released six studio albums and scored five UK number one singles, working with an array of artists including Calvin Harris, Armand Van Helden and Lily Allen.

Few members of the Roll Deep Crew would rival his commercial success.

Dizzee Rascal also created his own record label, called Dirtee Stank, with the intention of “bridging the gap between indie, majors and the street”.

In May this year, he worked with the Kitchen Social project to distribute meals and food parcels at a primary school in Poplar, east London, close to where he grew up.