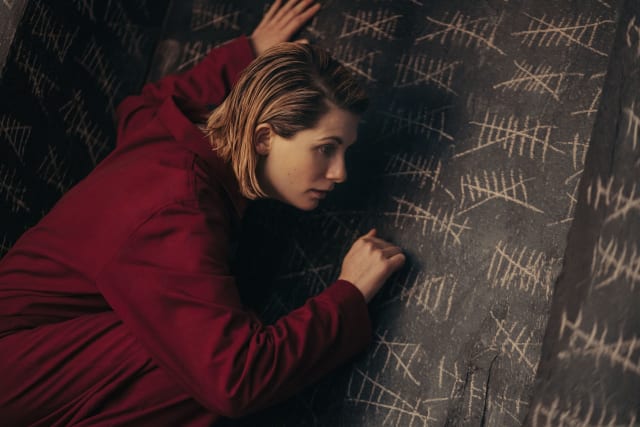 The BBC has offered Doctor Who fans a first look at this year’s Christmas special, which will feature the show’s most famous villains, the Daleks.

Two images from the episode were released following the show’s virtual panel at New York Comic Con on Thursday.

Titled Revolution Of The Daleks, the special will see Jodie Whittaker’s Doctor trapped inside a high-security space prison far from the Tardis.

On Earth, her companions Ryan, Graham and Yasmin try to rebuild their lives without her, but soon discover a disturbing plan involving a Dalek.

In one photo, the Doctor is seen inside her cell, which is covered in chalk-like markings.

In the second, Ryan, played by Tosin Cole, Graham, played by Bradley Walsh, and Yasmin, played Mandip Gill, are pictured sat together, contemplating their lives on Earth.

Revolution Of The Daleks will air during the upcoming festive period on BBC One.