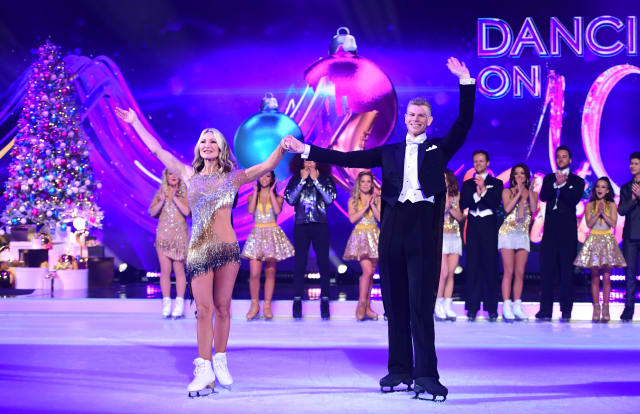 Dancing On Ice pro Hamish Gaman is returning to the show after his split from celebrity skating partner Caprice Bourret during the last series.

Gaman, 37, hit the headlines when he and Bourret parted ways early in the series.

Following their split, model and businesswoman Bourret, 48, returned to the ice with new partner Oscar Peter, but later quit the series outright.

The reason for Gaman and Bourret’s split remains unknown.

Announcing his return on Twitter, Gaman wrote: “The start of a new chapter. I’m so excited to announce that I’m returning to @dancingonice for the new series. I can’t wait to meet my new celebrity partner. Who do you think it’ll be?”

Gaman also shared a video of himself performing a spin on the practice rink.

At the time of the last series, Gaman said the last three and a half months had been the “worst of my life” and that he was “struggling”.

Bourret’s publicist said at the time that it had been “a hard few months” for her and that “she’s had to keep silent for contractual reasons”.

This year’s line-up of professionals includes returning favourites Matt Evers and Alexandra Schauman, as well as newcomers such as Klabera Komini, Yebin Mok and Disney On Ice star Angela Egan.

Dancing On Ice will be presented by Phillip Schofield and Holly Willoughby, who will be joined by the panel of Jayne Torvill, Christopher Dean, John Barrowman and Ashley Banjo.