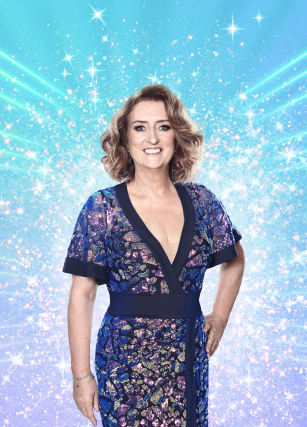 Smith is taking part in this year’s series, following in the footsteps of her ex-Labour colleague Balls, who took to the dancefloor in 2016.

She confirmed Balls has been in touch and revealed his best piece of advice, while joking she needs to watch his memorable attempt at the Gangnam Style dance.

“I’ve only been on the phone with him so far,” Smith said. “But obviously, I should be watching. I should replay the video and watch very, very carefully.

“What he told me which I think is really, really important advice is people love Strictly and they love you taking it seriously and trying hard and that’s absolutely what I’m going to be doing.”

Smith, 57,  was the first female home secretary and said she is setting her sights on winning Strictly.

“I’m a very, very competitive person,” she said. “I hardly ever do anything unless I think I’m going to be able to win. I’m realistic, but I will be trying really hard.”

Asked if viewers were about to see a secret competitive side, Smith said: “Frankly It’s not very secret if you ask anyone who knows me. Anybody who’s ever seen me play sport, doing politics or anything else will know that I’m not necessarily always good, but I’m always trying to win.”

Strictly Come Dancing returns to BBC One for the launch show on October 17.