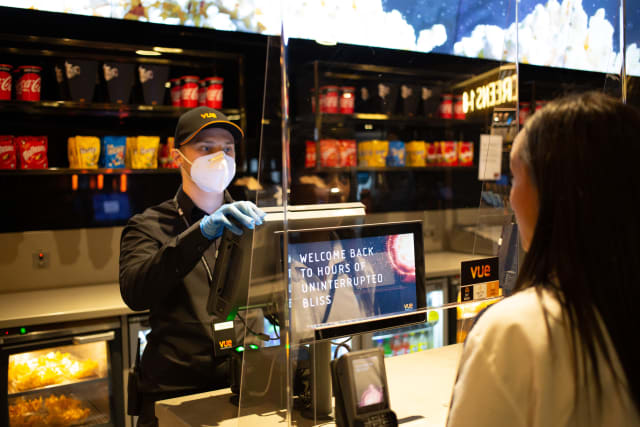 The chief executive of Vue Cinemas has said the company will try to avoid lay-offs but is being forced to look at all options, after rival Cineworld closed all its theatres in the UK and US.

Tim Richards said cinema chains were dealt a “body blow” by the delay of the next James Bond film, No Time To Die, until April next year.

“We are struggling, we’re absolutely struggling, we came into this after a record-breaking year, both as an industry and as a company … we were well placed to ride this through, but this was unexpected,” he told Sky News on Monday.

He said that while studios are under pressure, they are taking decisions by focusing on the US, rather than cinemas in Europe and Asia.

“Everybody is struggling,” he said. “My one frustration is I think the studios are guilty of being a little bit US-centric and seeing what’s happening in New York and LA, and not really looking globally.”

Asked if Vue would shut any sites, he said: “We’re being forced right now to look at options.”

Earlier on Monday, Mr Richards told BBC Radio 4’s Today programme: “We’re good to go. Our customers right now … there’s a pent-up demand like we’ve never seen before to go out and enjoy a safe environment socially with others.

“Our problem right now is we have no movies. This was a big blow for us. We’re likely going to make it through; I’m concerned about the independents and the small regional operators right now that are going to really struggle, and when they close they may not reopen.

“We’ve tried to retain all of our jobs for the 5,500 employees we have in the UK and that’s still our goal. We’re going to try and find a way through this. This was an industry that was not broken.

“We came into this as a very strong industry; we just need to make it through the next three or four months where there are no movies.”