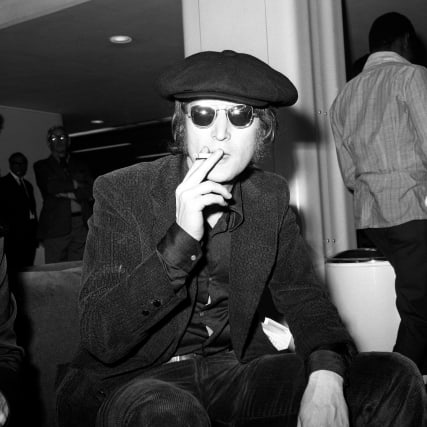 A pop-up TV channel featuring archive footage and new content will mark what would have been John Lennon’s 80th birthday.

The famous Beatle, who was murdered in 1980, would have marked the milestone on Friday October 9.

LENNON80 has been compiled and co-ordinated by music TV director Simon Sadler in conjunction with Lennon/Ono archivist Simon Hilton.

It will feature Bed Peace, the documentary charting Lennon and Yoko Ono’s Bed-In for Peace in Montreal, Canada in 1969, and their 1971 interview on Parkinson.

The couple’s two appearance on ABC’s primetime chat show The Dick Cavett Show in 1971 and 1972 will also be available.

Three documentaries from Ono will also air – her lecture and performance at the Tate Gallery in 2004, her Onochord performance piece, and a show about the Imagine Peace Tower in Iceland.

John Lennon’s 25 Greatest Songs will count down the greatest Beatles and solo songs written by Lennon, with all videos in their remastered form.

From The Lennon Archive will uncover lesser-known music videos and rare gems from the Lennon family archive.

Finally, John’s Jukebox will highlight 70s and 80s songs that influenced Lennon in his solo years, including some by Sir Elton John, David Bowie and Bruce Springsteen.

Universal Music Group is launching the channel on Sky, Virgin and Freeview on Lennon’s birthday and it will be available until October 15.

Music TV director Sadler said: “There are not many artists worthy of a channel dedicated to just one name – but John Lennon is certainly one of them.

“To mark his 80th birthday we’re thrilled to have brought together many classic moments of John’s life – from his life at home, on the chat shows and the peace protests – as well bringing John’s solo music together with the songs he wrote for the Beatles for a rare outing on TV.”

LENNON80 is part of a global celebration of the artist. The album GIMMESOMETRUTH. THE ULTIMATE MIXES will be released on October 9.