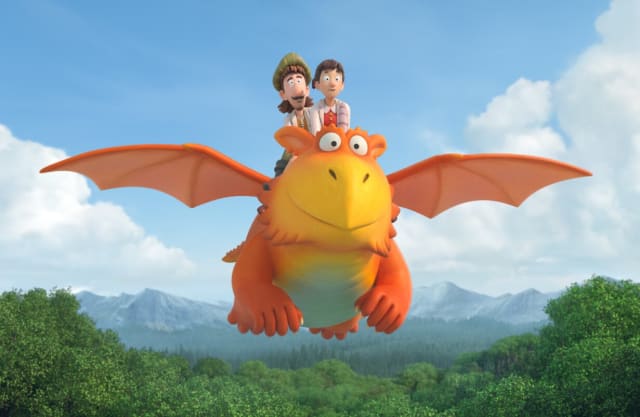 The BBC has unveiled a first-look image of what will be one of its most popular Christmas TV offerings.

Julia Donaldson’s much-loved books have become a Christmas Day tradition since The Gruffalo made its screen debut to millions in 2009.

This year, Zog And The Flying Doctors, narrated by Sir Lenny Henry, is the latest animated production for BBC One.

The book, illustrated by Axel Scheffler, was written and then commissioned for the small screen before the pandemic, despite its timely story.

It tells the tale of a flying doctor trio busy treating creatures for their ailments, and cooped-up doctor princess Pearl.

Donaldson, 72, told the PA news agency it was “slightly uncanny” how “pertinent” the story, first published in 2016, had become.

Sir Lenny recorded his narration at home, due to the pandemic, for the latest in what he described as “magical” TV productions.

He said: “It’s a joy to be able to lend my voice to such fun and beautiful animations at Christmas,” he said.

“Zog’s continued story is one of teamwork and empowerment, things we all need more of these days.”

The half-hour special is made by Oscar-nominated production company Magic Light Pictures.

Co-founder Martin Pope said this year had “presented us with challenges” in making the adaptation, but the cast were able to record their voice roles at home.

Fellow co-founder Michael Rose said the book is a “universal story about helping and caring for others”.

He added: “But of course it chimed so much with the current times, with people working so hard to care for others. It’s serendipity that we’ve been making it in this period.”

The story is a sequel to the 2018 offering Zog, while other animated BBC adaptations include Snail And The Whale, The Highway Rat and Room On the Broom.

Zog And The Flying Doctors will air on BBC One and BBC iPlayer this Christmas.