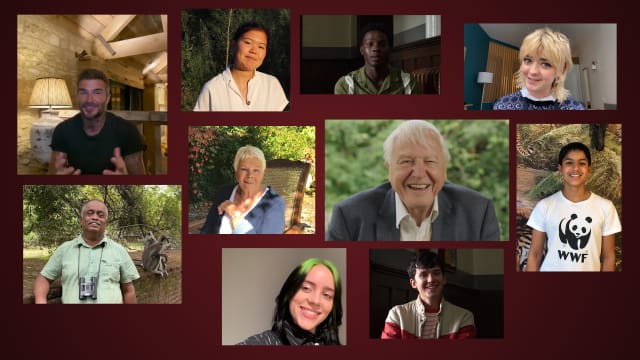 Sir David Attenborough addresses deforestation, the melting of the ice caps and pressure on wildlife as he takes questions from stars including Billie Eilish, David Beckham and Dame Judi Dench in a new video.

The broadcaster and naturalist, who has been warning about the environment for years, also took questions from people from around the world who have worked with him over his long career, including east African wildlife expert Sammy Munene and wildlife cameraman Sandesh Kadur.

Asked by Eilish how he copes with his personal feelings about animals going extinct, he said: “You feel desperate. I think the most astonishing thing in the natural world that I’ve ever seen and will never forget is the first time I dived on a coral reef.

“You go into a new world and it’s a world of extraordinary beauty and complexity and wonder and you see all kinds of wonderful coloured fish and lots of creatures you didn’t even know existed, the most rich, the most beautiful, the most varied site in the natural world.

“And I went to almost the exact same place as where I first saw that on the Barrier Reef, and instead of that it was a like a cemetery, stark white, it had died, it had been killed by the rising temperature that we, humanity, have created.

“That was a terrible sight and a terrible vision of what we are doing the world, not only in the sea but in the land and in the air.”

The video, created with WWF to mark the release of David Attenborough: A Life On Our Planet on Netflix, also includes questions from Marcus Rashford, Maisie Williams and the cast of Sex Education.

David Attenborough: A Life On Our Planet will launch globally on Netflix on October 4.