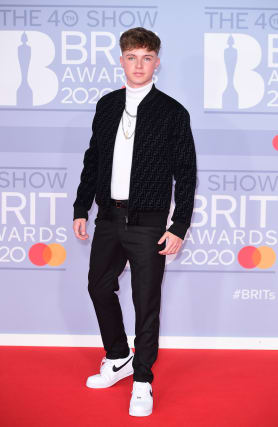 The singer and YouTube star, 21, announced the news on social media, telling fans he does not have any symptoms and is now isolating for 10 days.

He said: “hi, wasn’t gonna worry anyone and say anything but now the story’s out, i have coronavirus, I’m all good, no symptoms, just isolating for the next 10 days. already super bored so prepare yourselves for my Tik toks.”

A BBC spokesman confirmed a member of the Strictly Come Dancing group had tested positive.

They added: “We have rigorous protocols in place to manage Covid-19 as the safety of all those involved in the production is paramount.”

It is understood HRVY is still set to take part in the launch show, depending on a negative test result, and that he only came into contact with a handful of production crew.

They all then isolated and got tested and it is believed there was a minimal impact on production.

He said: “I’ve grown up watching it. I can’t wait for the challenge.

“I really want to win… If I go out on the first week I’ll have to change my name and leave the country!”