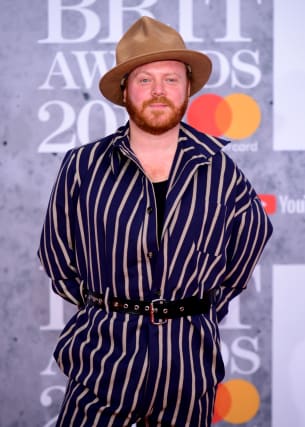 Keith Lemon has signed up as an ambassador for a UK craft retailer after indulging his love of the pastime in a series on Channel 4.

The comedian, real name Leigh Francis, has teamed up with Create and Craft and will appear across the company’s YouTube and Instagram channels.

The 47-year-old, best know for hosting Celebrity Juice, kicks off with the Crafty Doings series, where he makes various pieces including a Baby Yoda from The Mandalorian.

It comes after Lemon co-hosted The Fantastical Factory Of Curious Craft on Channel 4, which saw competitors turn crafting on its head to create prop-like crafts.

Lemon, who studied art and design at Leeds College of Arts, said in a statement: “Create and Craft is the best place for crafters like me t’ get their fix.

“If it was a car it’d be a right good’un! If it was lady, it’d be me dream lady. If it was a fashion label it’d be the most stylish. Of all the ranges it’s top of the rage!

“I’m actually chuffed to be working with ‘em. I’m gonna create some RAD pieces of crafty doings with some of the best materials in’t business!

“Crazy but ‘crazy cool’! Yep! crafting is about to get an edge! That I’m gonna snap off, and make somet even more edgyerer with!”

Interest in arts and crafts increased during the early months of the coronavirus pandemic.

Aside from Lemon’s show on Channel 4, the Great British Sewing Bee jumped from BBC Two to BBC One for its sixth series this year.

Jamie Martin, chief executive of Create and Craft, said: “To say craft is having a resurgence would be an understatement.

“We have seen the industry explode in recent years and the recent lockdown has only added to this growth.

“Younger people are now crafting for the first time and we know that working with Keith Lemon will ultimately help us reach a vast and highly engaged younger audience.”

Lemon rose to fame in Channel 4 sketch show Bo’ Selecta!, and he is now known for hosting the racy panel show Celebrity Juice on ITV2, as well as Through The Keyhole, The Keith And Paddy Picture Show alongside Paddy McGuinness, and his The Keith Lemon Sketch Show.

The first part of Lemon’s series is available now on the Create and Craft YouTube channel.

New episodes will be released every other Monday at 12pm.