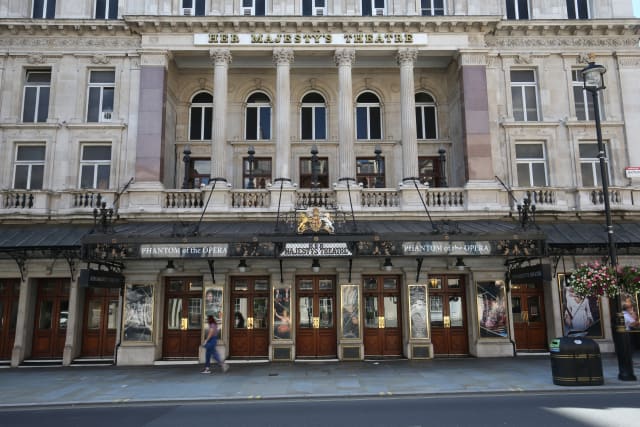 British theatre is facing “decimation” with the Chancellor’s new measures offering “little to help”, an industry body has warned.

Many people in theatre, including composer Andrew Lloyd Webber, have said it is economically “impossible” to run theatres with social distancing.

Julian Bird, chief executive of the Society of London Theatre and UK Theatre, said the Chancellor’s announcement did “little to help the theatre and performing arts sector where the majority of venues and productions remain closed due to Covid”.

“Our previously viable and world-beating sector is facing decimation as with no income, organisations cannot bring their staff back to work,” he said.

“Without targeted and vitally needed support for the workforce in this sector, we will see further job losses and redundancies.

“While the extension of the self-employed scheme is welcome, with the amount offered reduced to 20%, thousands will face real financial peril.”

Conservative MP Julian Knight, who is chair of the Digital, Culture, Media, and Sport (DCMS) select committee, said he welcomed the “economy-wide intervention”.

But “it still leaves many hundreds of thousands of workers in events, arts and cultural parts of the economy with a grim future”, he said.

“The truth is, three times as many people in these sectors are currently on furlough than the national average, which suggests that the job support scheme may not be able to stop unprecedented redundancies and many organisations from facing extinction.”

Music Venue Trust, which represents grassroots music venues, said the new measures were “built around the premise of returning to work”.

It added: “The Government has made it clear that it does not believe that the time is right for the live music industry to return to work …

“The live music industry faces a crisis which is not of its own making. It is vital that it survives this crisis.

“The challenge is manageable with sensible, targeted interventions by the Government. Music Venue Trust awaits the outcome of the (£1.57 billion) Culture Recovery Fund to assess if that is the action required.”

He said: “While the extension to the VAT cut is welcome, these measures are not even a band aid for a sector that remains severely wounded.

“Festivals support 85,000 jobs in the UK and our most recent member surveys suggest redundancies of at least 50% across the sector, some of which have unfortunately already taken place.”

Creative Industries Federation’s chief executive Caroline Norbury said the “emergency measures … will support many organisations, workers and freelancers in our sector that are still unable to operate at full capacity due to the pandemic”.

But “many of the sector’s two million self-employed workers … will continue to fall through the gaps in Government support,” she added.

“Many of these people have seen all of their work dry up overnight and it remains vital that they are supported as a matter of urgency.”

Arts bodies are waiting to find out what funding they will receive from the Government’s £1.57 billion rescue package.