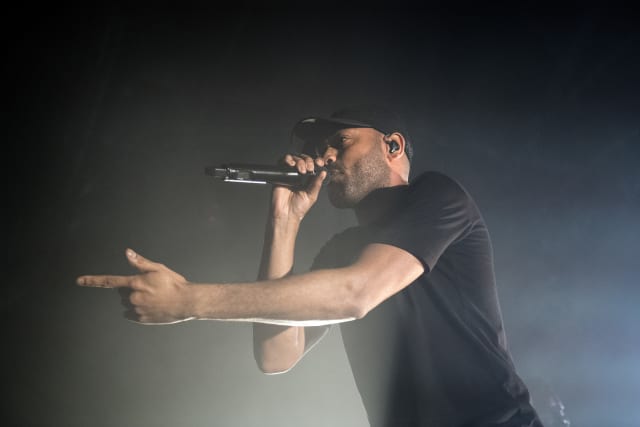 This year’s shortlist for the Mercury Prize includes a number of returning nominees.

Stormzy, Laura Marling and Michael Kiwanuka have all secured nods in previous years.

Here are the artists up for the album of the year award in 2020:

The 42-year-old is a former composer-in-residence with the BBC Scottish Symphony Orchestra and has won accolades including an Ivor Novello Award.

The 28-year-old British pop maverick worked on the album from her home in Los Angeles and gave fans access to her creative process through social media.

It reached number 33 in the UK albums chart upon release and was critically acclaimed.

While many artists delayed album releases due to the pandemic, pop star Lipa brought hers forward after it leaked online.

Future Nostalgia won Lipa her first number one album and was lauded for its fresh take on classic ’80s pop.

Georgia Barnes, known mononymously as Georgia, released her self-titled debut album in 2015 but failed to dent the charts.

Things changed with the release of her follow-up in January – Seeking Thrills, which streamlined her dance floor-focused sound and soaring vocals.

Barnes began her career as a drummer for artists such as Kwes and Kate Tempest, and is the daughter of electronic music duo Leftfield’s co-founder Neil Barnes.

Multi-talented rapper, songwriter and actor Kane “Kano” Robinson was nominated for the 2016 Mercury Prize for Made In The Manor, which featured guests including Wiley and Damon Albarn.

Released in 2019, follow-up Hoodies All Summer tackled knife crime and the importance of good times using a stripped-back production style.

– Lanterns On The Lake – Spook The Herd

Singer Hazel Wilde began writing the songs for Spook The Herd while Lanterns On The Lake took a break in 2016 after touring heavily.

The band formed in 2007 in Newcastle upon Tyne.

– Laura Marling – Song For Our Daughter

The 30-year-old folk singer-songwriter recorded the album between her home studio in London and Monnow Valley Studio in Wales.

The album’s title addresses a fictional daughter and was inspired by writer Maya Angelou’s book Letter To My Daughter.

Michael Kiwanuka’s self-titled third album was met with rave reviews upon release in November 2019, and reached number two in the charts.

Both of the Londoner‘s previous albums have been nominated for the Mercury Prize but he has never won it.

The singer-songwriter’s soul-inflected sound has won him a legion of fans, including Kanye West, who invited him to join the sessions for his Yeezus album in Hawaii.

This eclecticism shows through on Dark Matter, the Londoner’s debut album, which charts the capital’s burgeoning jazz scene from the perspective of one of its key players.

Brighton indie band Porridge Radio formed in 2015 and created a buzz with their slacker rock style.

Every Bad was critically acclaimed for its exploration of confused adolescence and staccato riffs.

Upon release in June this year, Deep Down Happy, the debut album by indie band Sports Team, was prevented from topping the charts only by Lady Gaga’s Chromatica.

The outfit, who met while studying at Cambridge University, have been compared to Parklife-era Blur over their angular music and frontman Alex Rice’s witty lyrics about Middle England, Wetherspoons and the M5.

– Stormzy – Heavy Is The Head

In the wake of Black Lives Matter protests, Stormzy and his #Merky company pledged £10 million over the next 10 years to organisations engaged in the fight for racial equality and social justice.