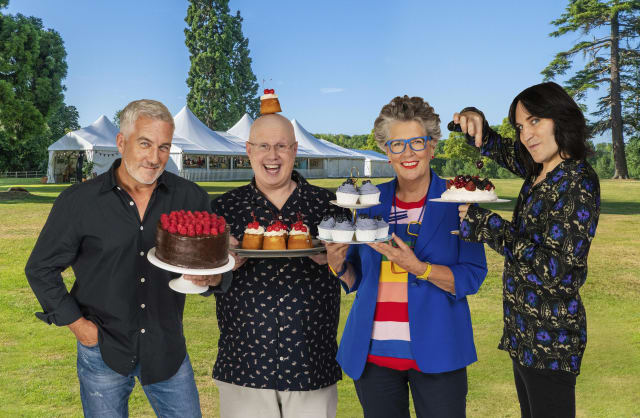 The cakes may have fallen – but The Great British Bake Off’s return delivered a ratings high for Channel 4.

The opener notched up Bake Off’s biggest overnight launch audience since its move to Channel 4, the broadcaster said.

Fans saw Sura, 31, a pharmacy dispenser, accidentally cause a rival contestant to lose four of his six miniature upside-down pineapple cakes when she swung her arm to hit a fly.

The show, which was pushed back for Boris Johnson’s televised address to the nation and aired straight after, averaged 6.9 million viewers and peaked at 7.9 million.

It was up more than a million on last year.

He made his debut in a skit mimicking the Prime Minister’s coronavirus briefings.

Loriea, 27, a diagnostic radiographer from Durham, was axed at the end of the first episode after failing to impress judges Prue Leith and Paul Hollywood.

The 12 new amateur bakers and presenters formed a “bubble” in Down Hall Hotel near Bishop’s Stortford, Hertfordshire, so that the show could be filmed.