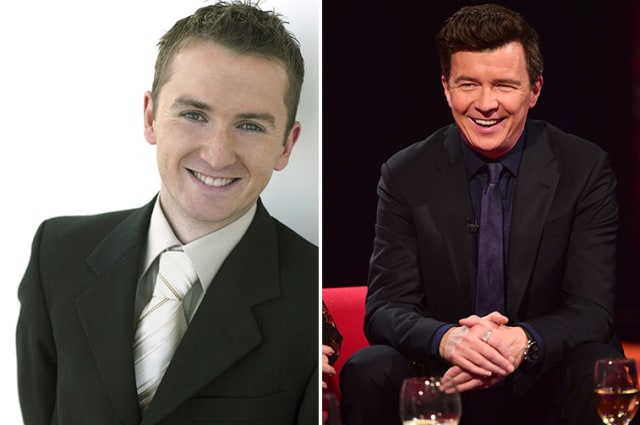 Following the weather report host Charlie Stayt asked Taylor if he was a fan of the Never Gonna Give You Up singer, as he was about to introduce Astley as a guest on the show.

Taylor answered; "Err, not a massive one," before suddenly looking panicked as he realised the 80s star was listening in to what he was saying.

Stayt said: "That was the wrong thing to say, he's listening and he's coming up in just a moment. I'll ask you again, 'Are you a Ricky Astley fan?'"

Fortunately Astley saw the funny side as the camera cut to him on a video link from home laughing uncontrollably.

Note to self ...
Charlie isn't always trying to make me do something silly, like sing, on air (hence my response)

Make sure you check who is on the programme after you 🙈🙈🙈 https://t.co/VpkKjIuSgh

Taylor tried to make excuses on Twitter, writing: "Note to self ... Charlie isn't always trying to make me do something silly, like sing, on air (hence my response) AND MORE IMPORTANTLY Make sure you check who is on the programme after you."

Stayt was hosting the show from the studio with Louise Minchin who also had a good laugh at Taylor's blunder.

BBC Breakfast weather presenter Carol Kirkwood was also left red-face recently after a slip of the tongue live on air.

Kirkwood had viewers chuckling after saying there were, "lots of doggers" in Greenwich Park during a live broadcast in August

Kirkwood was reporting on the current UK heatwave when she got her words mixed up, leading to lots of amused comments from people on social media.

Ever the professional, the 58-year-old immediately spotted the error and quickly corrected herself, saying: "Not doggers of course, lots of dog walkers and joggers around here through the course of this morning."

READ MORE: Rick Astley on why he never cared about being 'one of the cool kids'